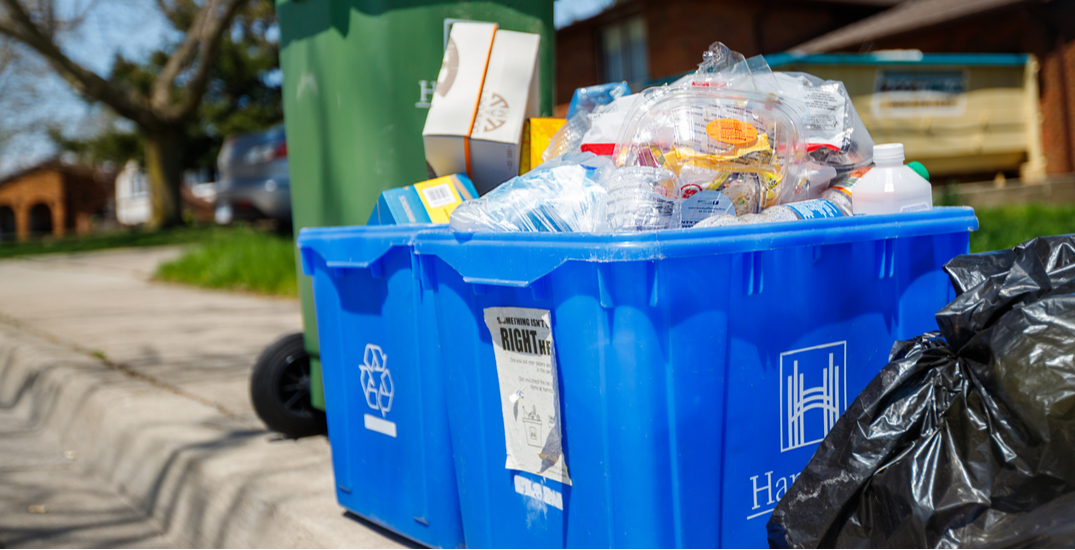 Ontario has proposed new regulations for the province’s Blue Box recycling program in an effort to divert waste from landfills.

According to a release, the improvements include expanding the list of items that can be recycled, and standardizing it across the province.

Under the new regulations, paper and plastic cups, wraps, foils, trays, and bags would be accepted in blue boxes across the province. Other single-use items, such as stir sticks, straws, cutlery, and plates, would also be accepted.

Currently, the list of items that can be recycled varies by municipality.

The Blue Box program would also be expanded to more communities, including those with less than 5,000 residents.

By 2026, the program will also be extended to apartment buildings, long-term care homes, schools, and municipal parks.

“We’re creating a stronger and more effective Blue Box program that actually works,” said Jeff Yurek, Ontario’s Environment Minister. “By expanding recycling opportunities for people and businesses across the province we can divert more waste away from landfills.”

Programs that already have a positive impact on the environment, like the Beer Store’s deposit return program, would be allowed to continue under the new framework, said the release.

Learn more about this major step toward producer responsibility that will bring consistent Blue Box service to communities across the province: https://t.co/dffsMATKKU #actONlitter pic.twitter.com/3RAloDMvza

The proposal also seeks to make the companies and businesses that create the aforementioned items responsible for the cost of recycling their products. The Blue Box program is currently run by Stewardship Ontario, and the cost is shared between municipalities. According to the release, the switch would save taxpayers an estimated $135 million per year.

“Shifting funding responsibility of the Blue Box to producers will create a catalyst to improve Ontario’s recycling performance,” said Mike Chopowick, CEO of the Ontario Waste Management Association. “This is not only good for the environment, it is good for the economy, and will encourage investment, job creation, and innovation in the recycling and resource recovery sector.”

According to the release, the initiative is a vital part of the Made-In-Ontario Environment Plan, which seeks to “preserve and protect our environment for future generations.”

The public can submit feedback on the proposal until December 3.