The Province of Ontario confirmed there are 111 new known COVID-19 cases on Thursday morning, with five more reported deaths from the illness.

The new cases are a slight increase from Monday’s 102 which were the lowest reported numbers since March 25, when the province confirmed 100 cases.

According to Health Minister Christine Elliot, locally 30 of Ontario’s 34 public health units are reporting five or fewer cases, with fully 19 of them reporting no new cases.

And, the province completed 26,492 tests from the previous day.

Today, Ontario is reporting 111 cases of #COVID19, a 0.3% increase. Locally, 30 of Ontario’s 34 public health units are reporting five or fewer cases, with fully 19 of them reporting no new cases. Yesterday, the province processed 26,492 tests.

Elliot added that there are 141 more resolved cases, meaning there are 30 fewer active cases in Ontario.

“The number of hospitalizations, ICU admissions and vented patients have all declined,” she said.

There has been a total of 37,163 confirmed cases in Ontario to date, with 33,061 resolved, and a total of 2,737 coronavirus deaths, according to the province.

In long-term care homes, there have been 5,548 reported cases with 1,731 deaths among residents. 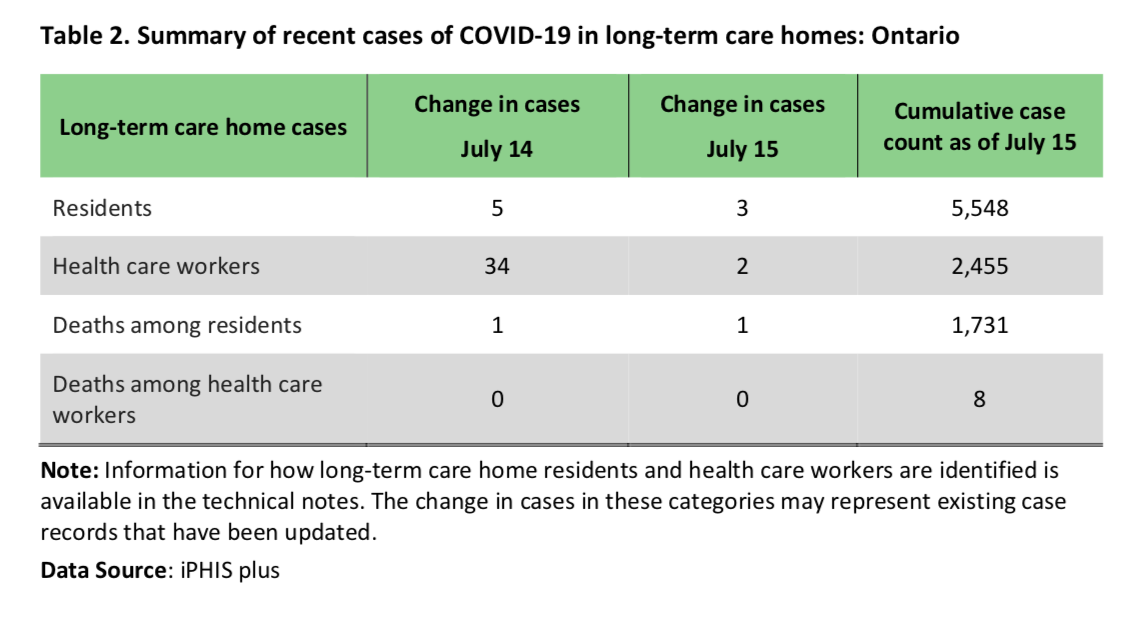 Ontario extended the province’s state of emergency until July 22.

On Monday, Premier Doug Ford is announced that most of the province could enter Stage 3 of the reopening on Friday, July 17 at 12:01 am.

During this next stage, gatherings can increase to 50 people indoors and 100 people outdoors.