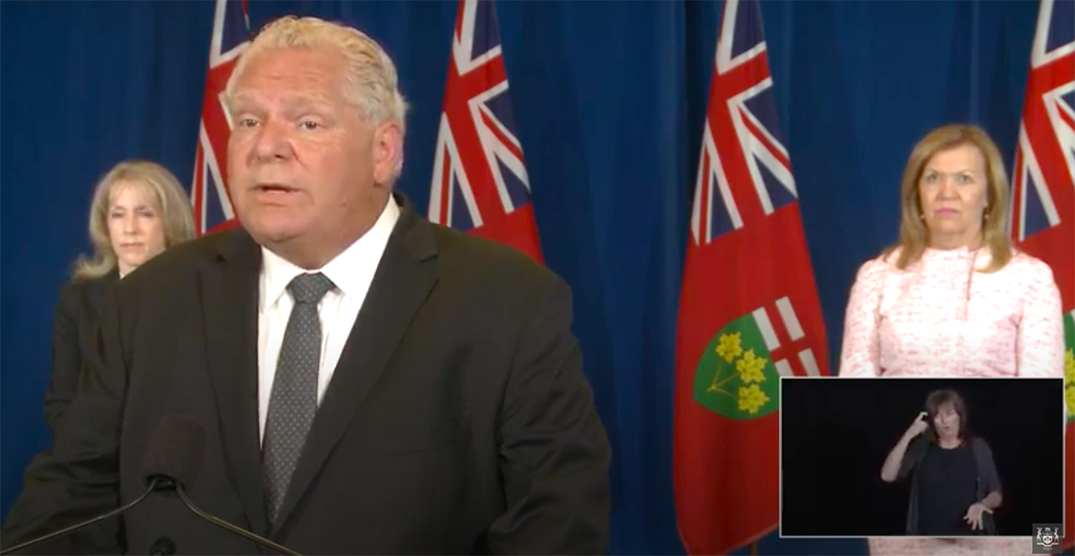 Ontario is launching a new independent commission to investigate the COVID-19 spread within long-term care homes in the province.

Premier Doug Ford appeared at Queen’s Park on Wednesday with Minister of Long-Term Care Dr. Merrilee Fullerton to announce the creation of the commission, which will also study how residents, staff, and families were impacted, and the measures taken by the province and other parties to prevent, isolate, and contain the virus.

The commission will then provide the government with guidance on how to better protect long-term care home residents and staff from any future outbreaks. Ford did not say the recommendations would be binding, adding that it was up to the commission and that they would be given “free reign.”

“I need answers, I want answers,” he added.

The commission will be made up of three members, including Associate Chief Justice Frank N. Marrocco, former Senior Executive of Ontario Public Service Angela Coke, and former President and CEO of The Ottawa Hospital Dr. Jack Kitts.

“As premier, I made a commitment to our long-term care residents and their families that there would be accountability and justice in the broken system we inherited,” said Ford in a release. “Today, we are delivering on that promise by moving forward with a transparent, independent review of our long-term care system.”

The commission will have the power to investigate, compel persons to give or produce evidence, issue summons, and hold public meetings in order to deliver a final report. Those findings will be delivered to the Minister of Long-Term Care by an expected date of April 2021.