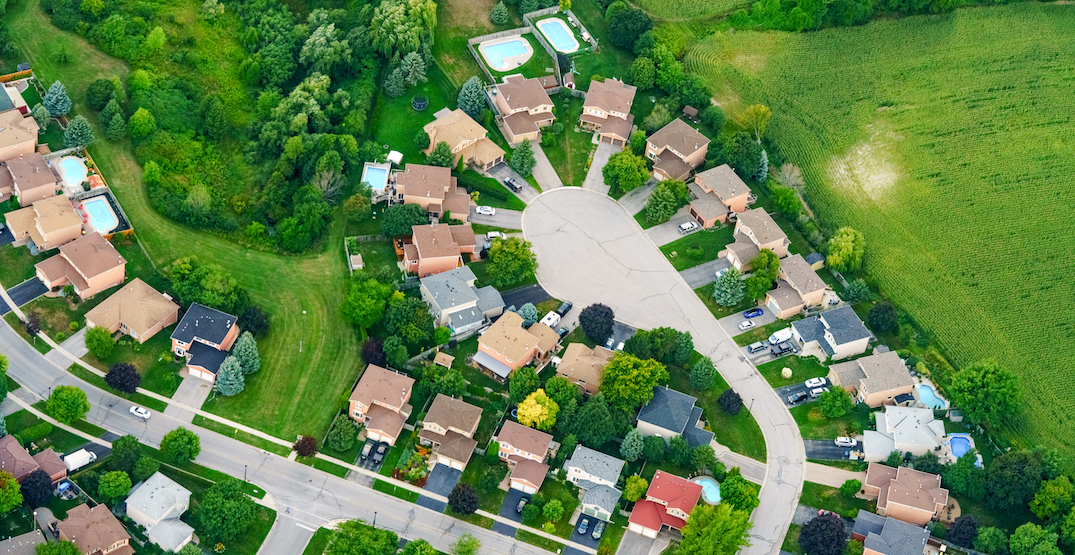 Ontario home prices are expected to keep skyrocketing throughout the rest of 2021, climbing nearly 22% by the end of the year, according to a new report.

Ontario will see the second-highest price increase this year after New Brunswick, which CREA is projecting will experience a whopping 23.2% rise in home prices by the year’s end. 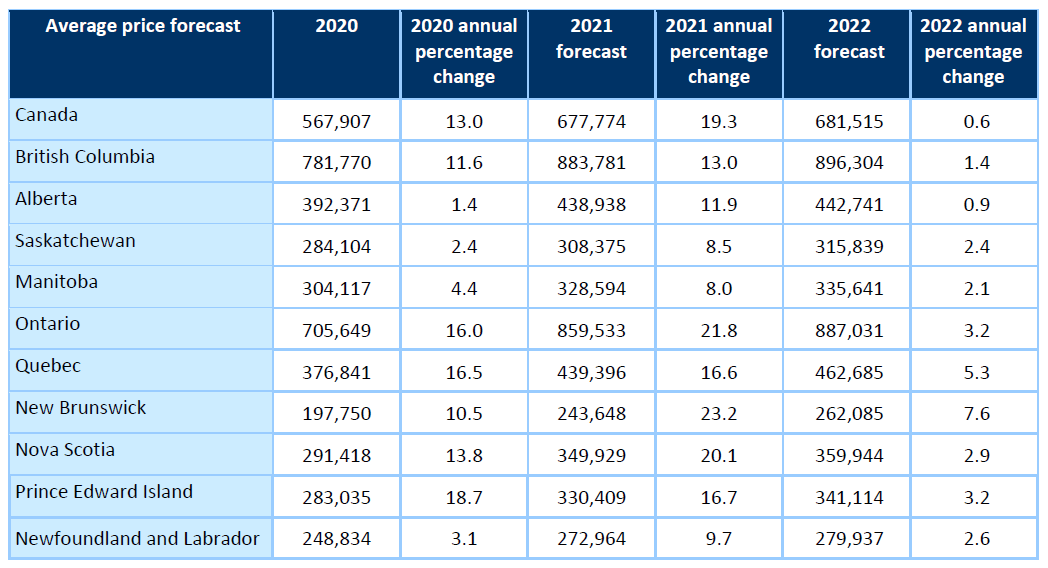 These soaring prices come amid a slowdown in the number of sales taking place. But even with the fiercely competitive market cooling off some in recent months, CREA predicts that Canada will still see a record number of sales this year, with 682,900 properties expected to change hands.

“Current trends and the outlook for housing market fundamentals suggest activity will remain strong through 2021, resulting in a record number of sales this year despite the slowdown that began in April,” the report reads. “Over time, activity is forecast to continue returning towards more typical levels. As a result, 2022 is expected to see significantly fewer MLS transactions than in 2021 while nonetheless still marking the second-best year on record.” 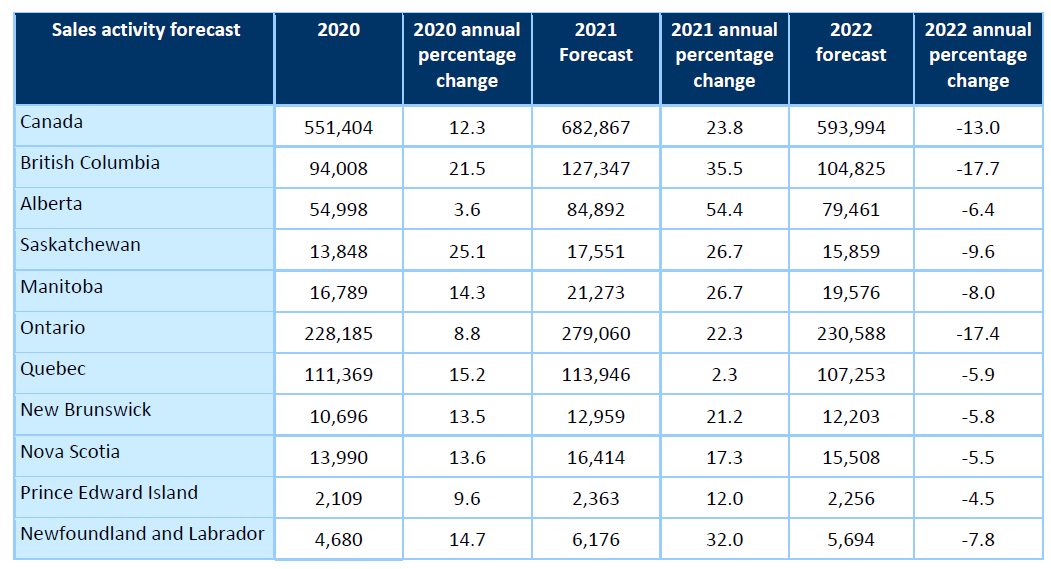 In 2022, Ontario is expected to see the second-largest decline in the number of sales across all Canadian provinces, dropping by 17.4% — just 0.3% behind British Columbia’s projected 17.7% drop. Prices, however, will continue to increase in 2022, although by much smaller margins.

In Ontario, prices will rise by 3.2%, but the national average will go up by just 0.6%, which the report says will shift buyers away from purchasing in the most expensive provincial markets.