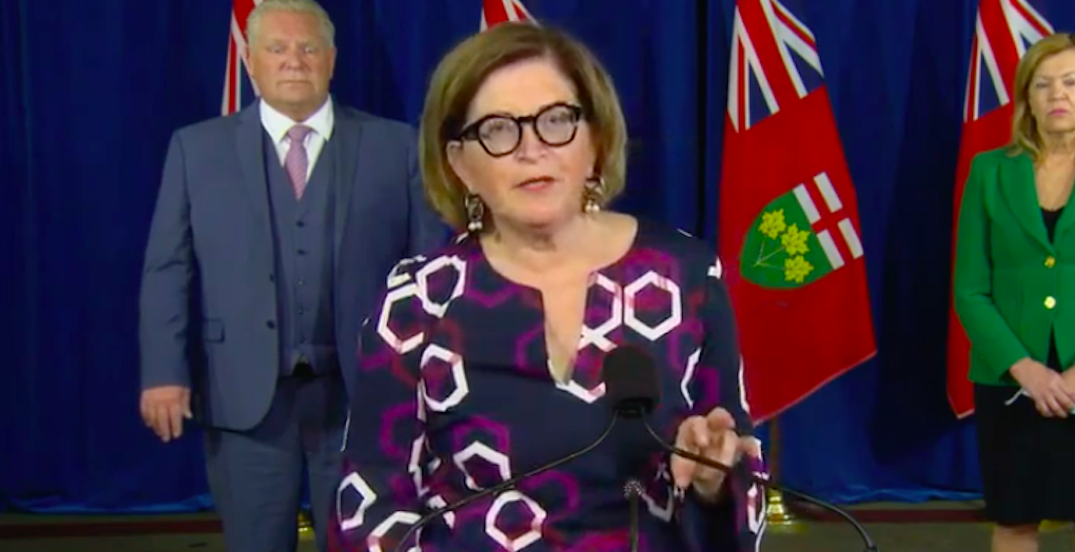 On Wednesday, Dr. Barbara Yaffe, Ontario’s associate chief medical officer of health, said that if the bus is busy, riders “have to decide their risk tolerance” of the situation.

She recommended that people wear masks and wash their hands well to “substantially reduce risk” of virus spread.

But Yaffe said if the risk seems too great, then “don’t get on the bus,” which she noted might not be feasible for people.

“Think of how long the trip is. If it’s a very long trip, can you keep away from people for much of it? If it’s a short trip, it might not be of much concern,” she said.

“But I think it’s extremely important that everyone wear a mask, [practice] good hygiene and to not go out if you’re not feeling well. But decide your risk tolerance as you go out and do your daily chores.”

Premier Doug Ford said that he wants to remind Toronto and all the municipalities that he “fought harder than anyone to get proper funding for transit.”

He emphasized that Toronto got $400 million for transit funding to help with overcrowding and support operating costs.

On Tuesday a TTC rider, Victoria, took to social media posting a photo of a crowded bus and asking the transit commissions, “Curious as to how we’re supposed to social distance here?”

TTC customer service responded, “As the city re-opens, social distancing will no longer be possible on our vehicles. As such, if you feel that a vehicle you are on is overcrowded, I would suggest getting off and boarding the next one.”

“Apologies for the inconvenience,” they added.