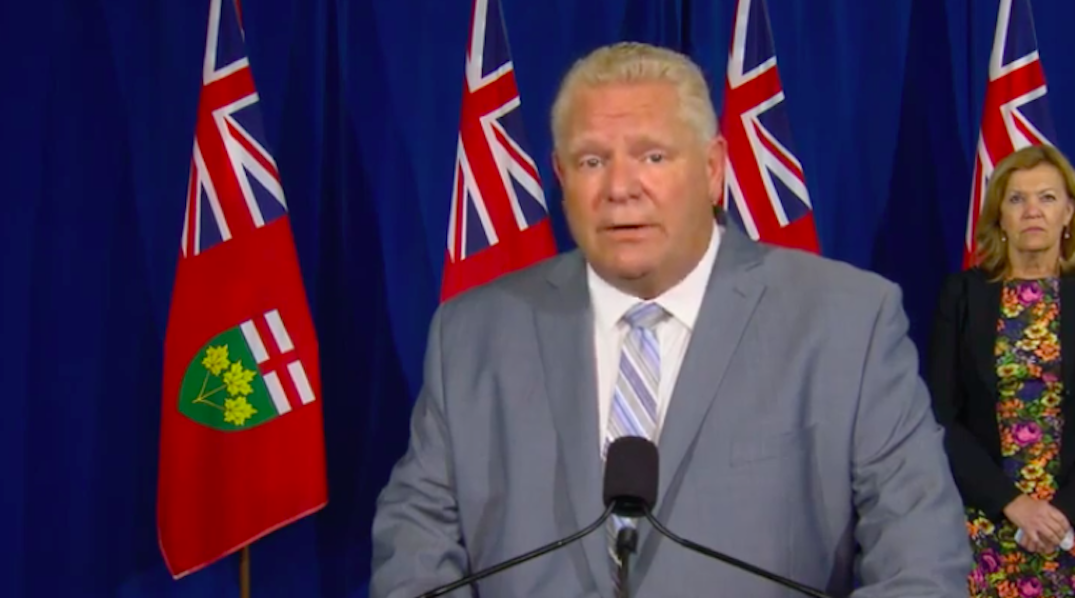 Premier Doug Ford told anti-maskers and COVID-19 deniers that the pandemic is “real” and that there is “no hidden agenda.”

On Tuesday, when asked about people who believe online rhetoric claiming that the pandemic is a falsehood created by elected officials and the media, the premier had some strong words in response.

Ford said the anti-maskers that showed up to his house again waving the flag upside down were “disturbing,” and told those who disrespect the country to leave.

“When it comes to the media, they have been phenomenal. Without the media we would not be able to get our message out. They have been out there everyday since the beginning and making sure people are getting the guidance and protocols,” Ford said.

And when defending elected officials he said, “there is no hidden agenda not from me or my team. I tell you the good, the bad, or the ugly… I put it all out on the table.”

“This is real, as real as I am standing here,” Ford emphasized.

While the premier said that everyone has the right to their own opinion in a democratic country, the facts are coming from the Chief Medical Officer of Health and the “100 or 200” health officials “throwing their advice” at his government.

“There is a no agenda, it wouldn’t happen under my watch. I’m here to protect the people of Ontario and protect the families at all cost,” he said.