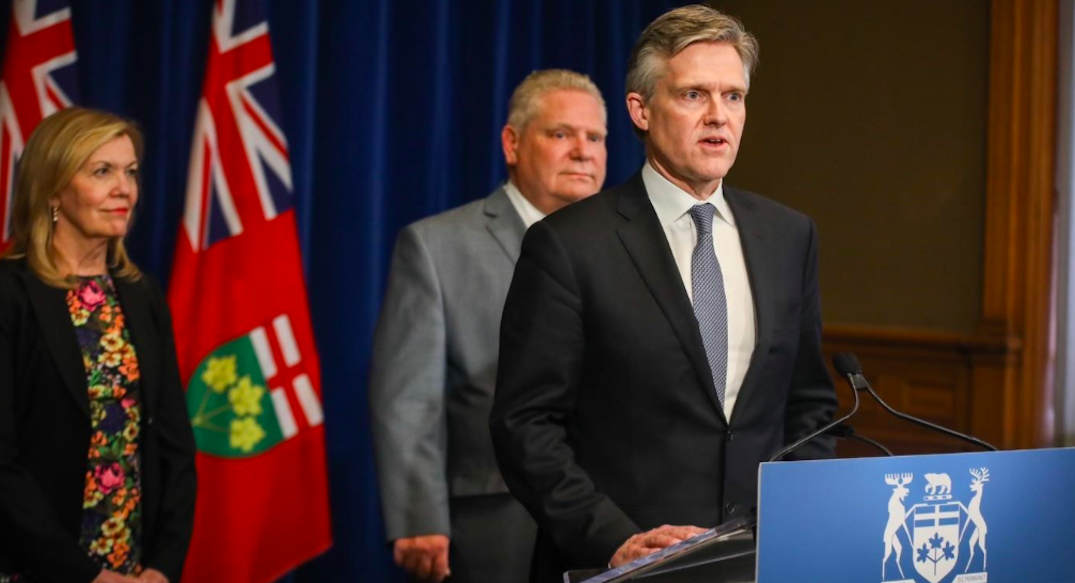 The Government of Ontario released its first-quarter finances of the year and the province projects a nearly $40 billion deficit due to COVID-19 relief efforts.

The government is now projecting a deficit of $38.5 billion in 2020-21, which incorporates the most up-to-date economic information and additional supports for the pandemic recovery period.

The province’s further contingencies to fight against the pandemic will cost around $30 billion, as opposed to the $17 billion originally announced in March.

“Dealing with COVID-19 wasn’t a choice for any of us, but how we responded was,” said Phillips.

“From the very beginning, we chose to do whatever was necessary to protect the people of Ontario from this pandemic and support them as they deal with the unprecedented impact on their lives.”

According to the province, private-sector forecasts on average, project Ontario’s real GDP will decline by 6.6% in 2020.

And, the total revenue is projected to be $150.6 billion in 2020-21, $5.7 billion lower and program expenses are projected to be $13.1 billion higher than originally forecasted in the March 2020 Economic and Fiscal Update.

When looking at previous economic downturns, it has taken between 24 to 88 months to return to pre-recession peak employment across the last three recessions, the release notes.

However, the provincial government points out that as Ontario gradually reopens, there have been recent signs of economic recovery.

In June and July, Ontario’s employment increased by 528,600 jobs and the unemployment rate decreased to 11.3%.

Home resales in the province rose 56.6% in May and 67% in June, after declining for two consecutive months.

For manufacturing, sales increased 17.5% in May, while retail sales rose 14.2% after both declined for two consecutive months.

When the province announced it’s $17 billion dollar aid responses in March, it included a dedicated $1 billion COVID-19 Health Contingency Fund, a $2 billion Support for People and Jobs Fund, a standard Contingency Fund of $1.3 billion and an “unprecedented” reserve of $2.5 billion.

Given the continued economic and health uncertainty of the pandemic, the government has included additional funding totalling almost $9.6 billion to ensure the province is prepared for future unpredictability.

The province’s next fiscal update will be a multi-year provincial budget, to be delivered no later than November 15.