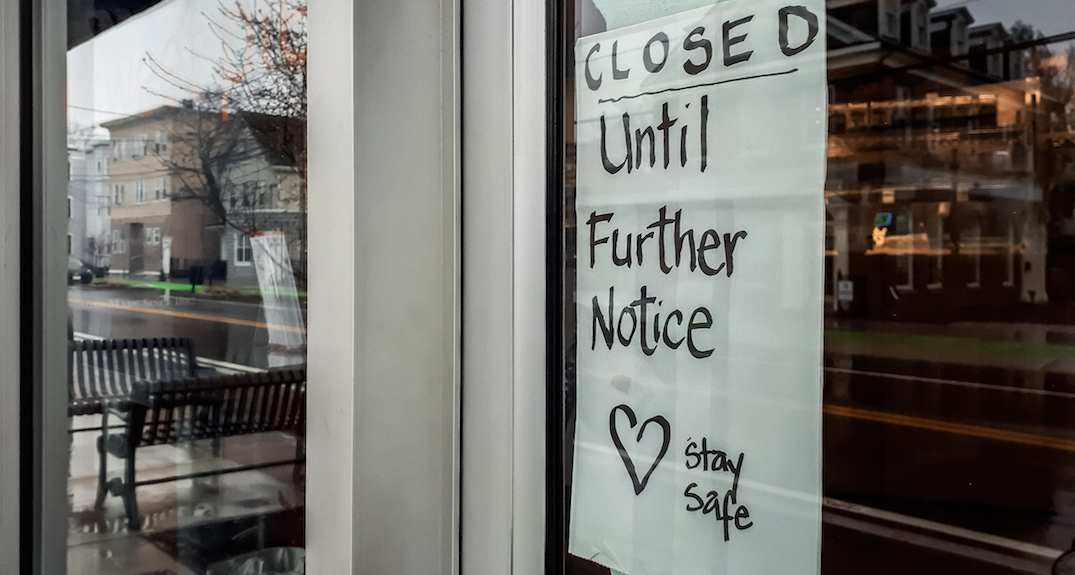 Ontario’s budget deficit is projected to quadruple to $41 billion in the upcoming year due to the partial shutdown of the province’s economy from the COVID-19 pandemic.

According to the Financial Accountability Office of Ontario’s (FAO) recent report, Spring 2020 Economic and Budget Outlook, this will be the largest deficit in Ontario’s history —  the province’s previous record deficits were $19.3 billion in 2009-10 and $12.4 billion in 1992-93.

These higher deficits will result in “sharply increased borrowing and debt,” raising Ontario’s net debt-to-GDP ratio to a record 49.7% in 2020-21, up almost 10 percentage points from last year.

The FAO projects that Ontario’s real GDP will decline by 9% in 2020, the largest annual decline on record.

Ontario revenues are also projected to drop by $21.7 billion or 14% in 2020-21, much larger than the revenue decline which occurred during the 2008 global financial crisis.

“The COVID-19 pandemic will have a massive negative impact on Ontario’s economy. Unlike previous recessionary periods where lower demand forced businesses to cut production, the current decline in economic activity is due to government-directed shutdowns to stop the spread of the virus,” the report said.

“As a result, Ontario’s economic performance will depend heavily on the success of pandemic containment measures and the pace at which the economy can be reopened through 2020 and into 2021.”

Even as the economy recovers through 2021, Ontario’s debt burden would remain high, at 48.7% of GDP next year, according to FAO. 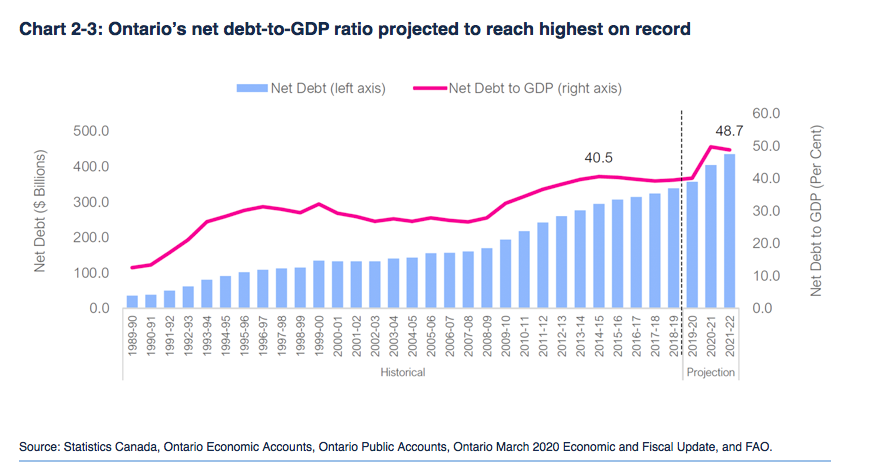 “Ontario’s economic recovery will depend on the success of the pandemic containment measures and the pace at which the economy can be safely reopened,” the report said.

Assuming the pandemic shutdown is gradually eased through the summer, the FAO projects that Ontario’s economy will steadily strengthen into 2021, helping to reduce the budget deficit to $25.3 billion in 2021-22.

However, there is a significant risk that reopening the economy could take longer than expected due to continued public health concerns.

If Ontario’s economic recovery is delayed, budget deficits and provincial debt would be much higher, pushing Ontario’s net debt-to-GDP ratio above 52% next year.

On Friday, Statistics Canada released its monthly job numbers, which showed a 689,200 decrease in employment in Ontario last month.

Select businesses are reopening in the province on Monday as part of Ontario’s economic reopening agenda, meant to get workplaces operational again.