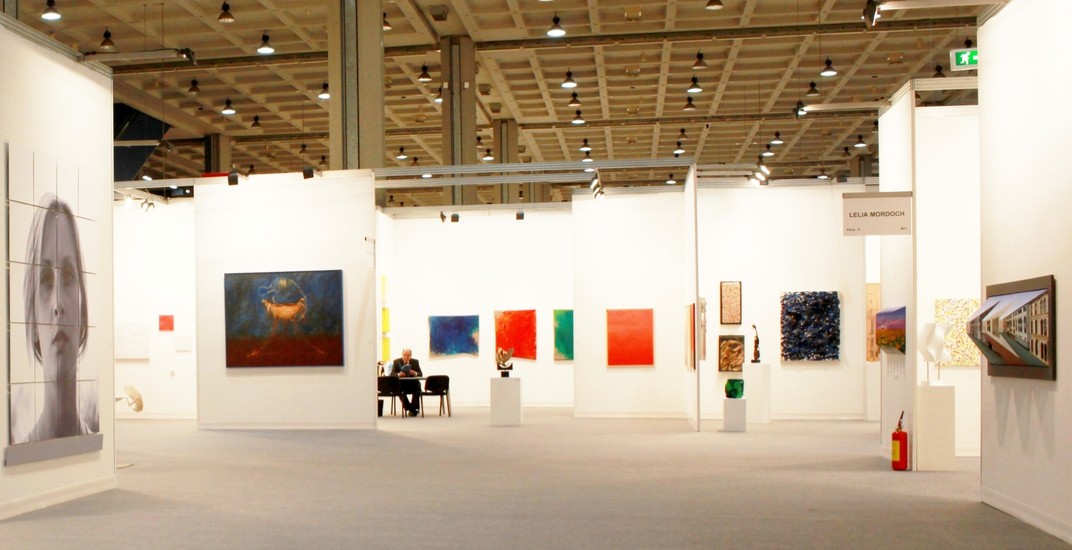 Canada is home to some truly magnificent up-and-coming artists.

And that’s why RBC established the Canadian Painting Competition, developed through its Emerging Artists Project.

Now in its 19th year, the competition recognizes and nurtures the careers of local artists and supports the thriving Canadian visual arts community. It seeks to inject the vitality and diversity of new talent into Canada’s arts landscape.

And now that the 15 jury-selected finalists for this year’s competition have been announced with Canadian Art, we can share their work with you.

Each artist will have their work exhibited at The National Gallery of Canada in Ottawa, from September 1 to October 22. The three winners are set to be announced on October 17 following two days of jury deliberation.

In total, the RBC competition will award $85,000 in prize money to the winners. After this, the lucky artists will have their paintings added to RBC’s Corporate Art Collection.

The five Ontario-based artists works listed below have made it to the 2017 RBC Canadian Painting Competition finals. 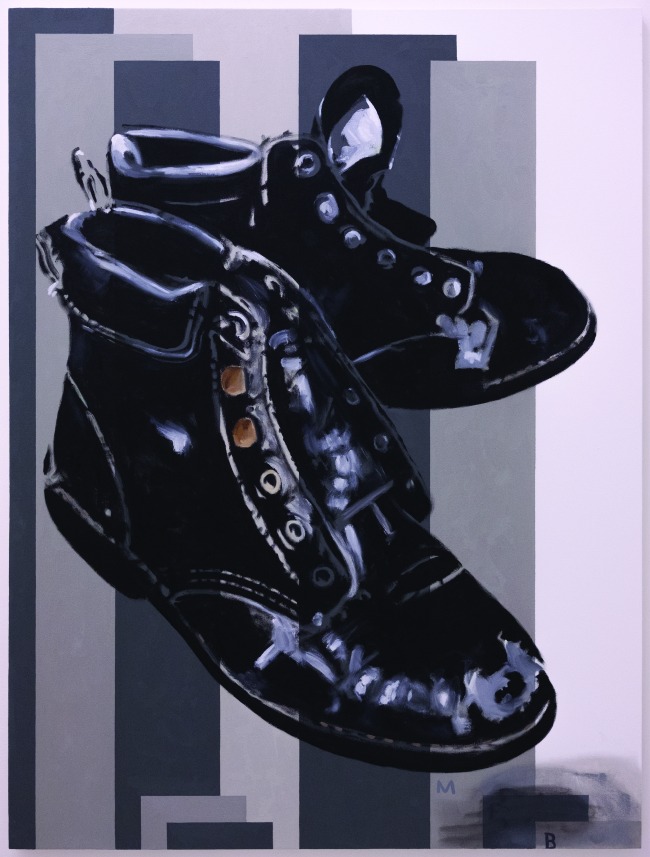 Michael Freeman Badour created this oil on muslin just three years after graduating from the University of Guelph with a master of fine arts and a minor in digital media. The inspiration behind “Patrick’s Boots” came from a photograph of his brother’s childhood boots, as well as by Van Gogh’s paintings of his own boots. “This body of work investigates the limits of communicative language and the ways representation functions as a tool for understanding,” Freeman Badour said. 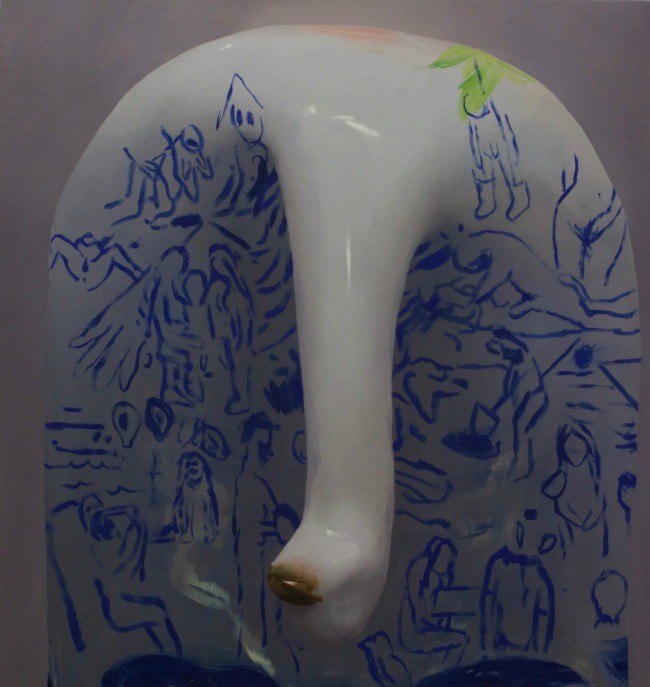 Represented by the Trepanier Baer Gallery, Ambera Wellmann painted “Temper Ripened,” an oil on wood artwork that has been selected for the finals. She graduated with a master of fine arts from the University of Guelph and was also a 2016 finalist in the competition.

“My work emerges from an engagement with a diverse range of 19th-century figuration from the Western canon. I am interested in artists who conceptualized various modes of realism as an engine of self-understanding and renewal during periods of rapid social and technological transformation,” she said. 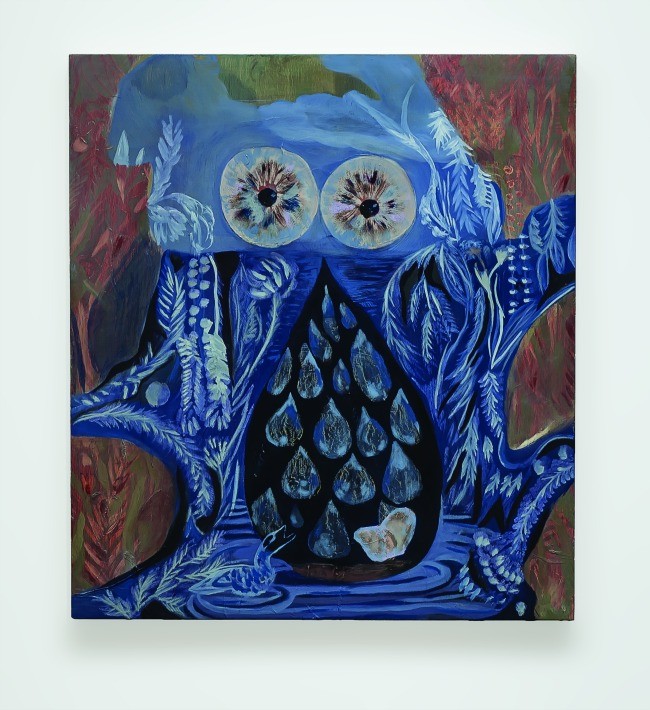 Amanda Boulos recently graduated from the master of fine arts program at the University of Guelph and received her bachelor of fine arts from York University. She created this oil on panel painting for this competition and has reached the finals by extracting fragmented and dislocated narratives from oral archives, and visually reproducing and preserving their incomplete forms.

“For several years, my goal has been to produce a body of artwork that speaks to how Palestinian misplacement and nomadism is represented in contemporary visual culture,” she said. “I want to paint with a Palestinian voice and history backing me up.” 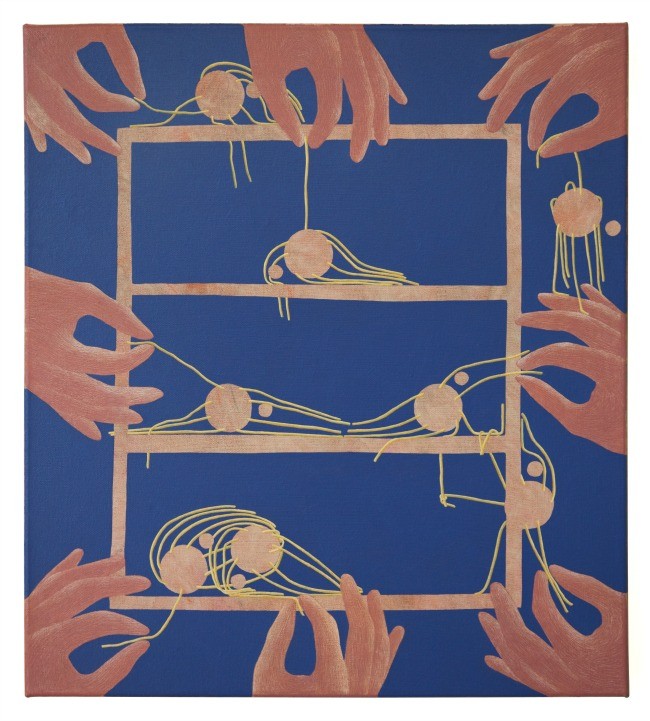 Toronto-based artist Veronika Pausova painted “Typography” for this year’s competition. She graduated from Glasgow School of Art with a bachelor of fine arts and received her masters from Virginia Commonwealth University. In her work she looks back on past pieces, often recreating imagery, creating her own lexicon, and occasionally adding new “characters” such as the spider that appears in Typography, that may morph and appear under a different guise in subsequent work.

“I’m interested in how the materiality of paint is used to translate an idea,” said Pausova. 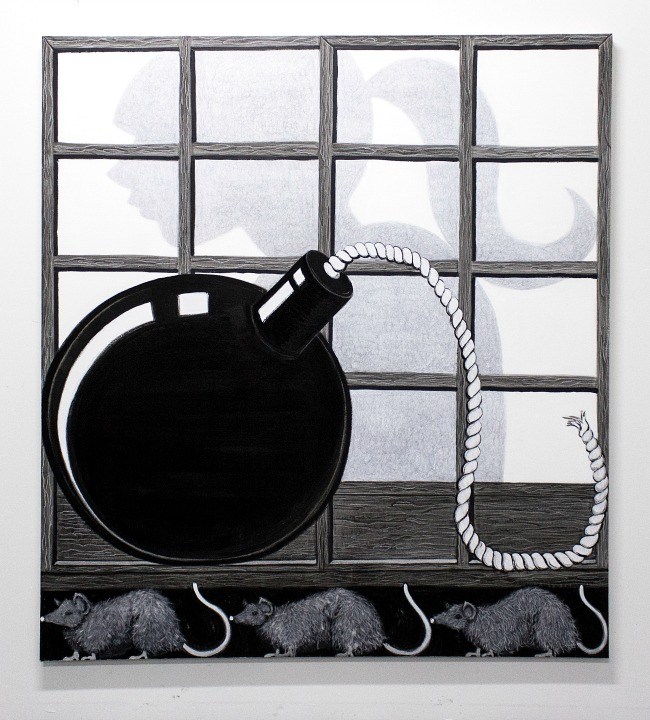 Cindy Ji Hye Kim’s “Conspiracy Theory” painting was created for RBC’s competition using acrylic paints, ink, pastel, and oil on canvas.  The artist graduated from the Yale School of Art with a master’s in fine art and she received her bachelor’s degree in the same field of study from the Rhode Island School of Design. She has recently exhibited in New York and has also done so in Canada and other areas in the US.

“My recent body of work utilizes the visual language of cartoons to simplify and generalize shapes, reconstructing female figures and domestic objects into instruments of vision and deception,” said Ji Hye Kim.

You can check out all of the finalists paintings at an exhibit occurring at the National Gallery of Canada from September 1 to October 22.

RBC is dedicated to helping communities prosper, supporting a broad range of community initiatives through donations, community investments and employee volunteer activities. The RBC Canadian Painting Competition is just one of many initiatives that demonstrate RBC’s long-standing support for the arts, as well as being one of the most active collectors of Canadian contemporary art in the country.

For more information about the 2017 painting competition, visit RBC online. To get the latest updates and to stay in the know, check out RBC on Facebook and Instagram.