When your November hydro bill comes in, it will be a little higher than normal.

On Tuesday, the Ontario Energy Board (OEB) announced new electricity prices for households and small businesses that is set to take effect on November 1, under the Regulated Price Plan (RPP).

According to the OEB, the total bill for a typical residential customer who uses 700 kWh per month will increase by about $1.99 or 1.8%, which is in line with the rate of inflation.

The OEB said the price hike is a result of price increases and the expanded Ontario Electricity Rebate program introduced by the Ford government.

“The Ontario government has introduced an expanded rebate (the Ontario Electricity Rebate) providing bill relief that will be applied to customer bills, largely offsetting the price changes on the Electricity line,” said the OEB.

Starting in November, hydro bills will also have a new layout that the province said is “more transparent.” 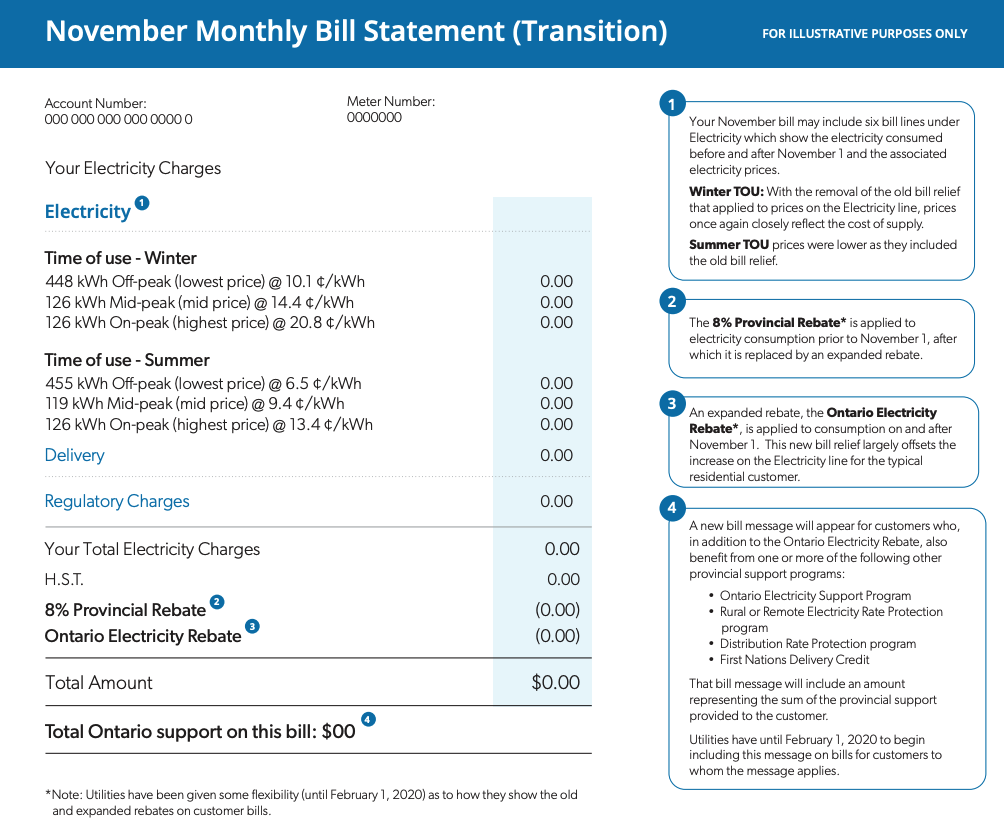 The OEB said the new TOU prices set for November are shown in the table below. The table also shows the hours to which those prices apply:

The table below shows the new prices for the small number of customers paying tiered prices: 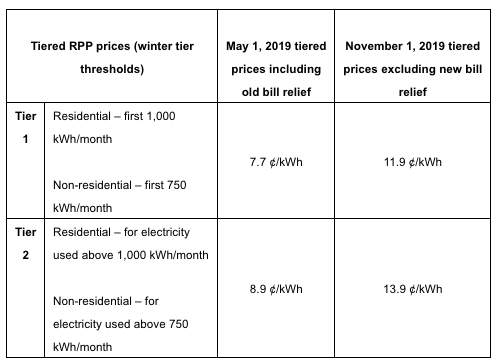 So don’t be surprised when that November hydro bill comes.