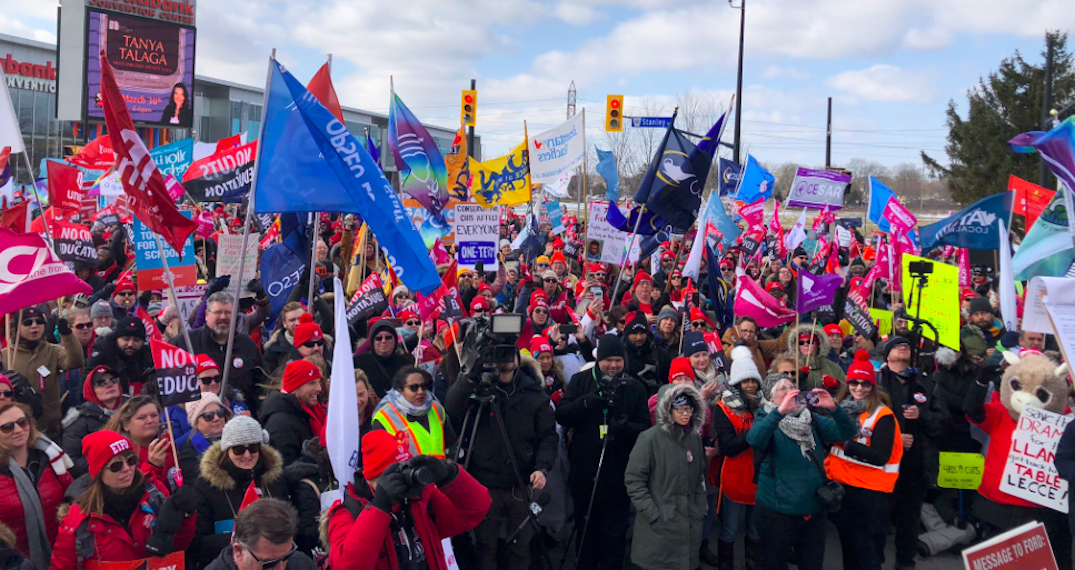 The union representing elementary school teachers’ said they are returning to rotating strike action on March 23.

The Elementary Teachers’ Federation of Ontario (ETFO) received formal notice from the mediator on Monday, before a press conference, to resume central negotiations with the province and the Minister of Education on March 11.

“The government needs to come to the table to demonstrate their commitment to public education,” Karen Campbell, First Vice President of ETFO, said in the press conference on Monday.

Campbell said the union has not heard from the government until recently and has not been engaged in any bargaining discussions since January 31.

“No proposals have been presented to us and we have not been invited back to the bargaining table by the government. We want to be back at the table,” Campbell said.

The ETFO just concluded Phase 6 of their work actions, meaning teachers have been back in school for the past weeks, but have been limiting their extracurricular duties. The new phase of strikes will be part of their Phase 7 action plan.

“ETFO has not been engaged in a full withdrawal of services for the past two weeks. The Ford government missed a real opportunity to get back to the table in that time. Let’s be clear; ETFO has been ready to resume negotiations since February,” Campbell said.

Last week, Minister of Education Stephen Lecce, said the government of Ontario agreed to certain bargaining points that were important to teachers in a press conference.

Lecce said the government agreed to keep classroom sizes low with an average of 23 students per class.

He also proposed to partially restore funding for the Local Priorities Fund which provides services for special education, another central issue at the bargaining table for teachers.

The minister said they will create a new fund called, Supports for Student Fund, which would continue at the same funding amount as the existing program.

The province also agreed to a 1% compensation increase for teachers.

But Campbell emphasized the proposals have not been presented to the ETFO and that the comments made by Lecce were “misleading public statements about its commitment to improving public education and its willingness to negotiate.”

“This government continues to pursue its agenda of cuts to public education. That’s why ETFO is taking action to communicate directly with the public to correct Education Minister Lecce’s misinformation,” Campbell said.

If the talks are unsuccessful, ETFO will continue their rotating strike action the Monday following March break.