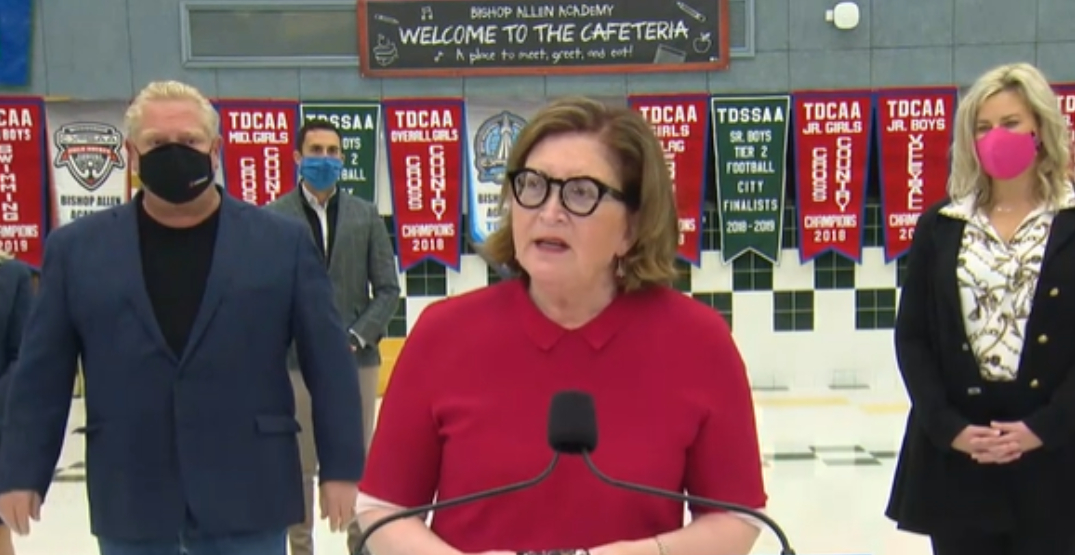 At a press conference on Friday, Ford said he’s working on a plan with his health team to look into easing restrictions in the four areas safely.

Earlier this month, Ford’s government placed Toronto, Ottawa, Peel, and York Region into a modified stage 2 lockdown to stop the spread of coronavirus.

In Toronto, the 28-day order is set to expire next week on November 6.

The premier said he’d like to take a “surgical” approach to easing restrictions within each area. When asked if he would consider toughening restrictions in parts of Toronto that are seeing higher rates of the virus, and ease them in areas with fewer cases, Ford said the idea is on the table.

“That’s the approach I’d like to take. Again, I’ll always rely on the health and science,” he said. “I can’t punish everyone and paint a broad brush if there’s just one pocket in a city or a town that’s infected. It’s just not fair to everyone else.”

Ford said shutting down parts of the province for a second time this year was one of the toughest decisions he’s had to make. If he hadn’t put the Toronto, Ottawa, York, and Peel into a modified stage 2 when he did, Ford said he believes the province would be in a much worse situation.

Although numbers released yesterday by health officials show only a few outbreaks linked to gyms and restaurants in the province, Associate Medical Officer of Health Barbara Yaffe, said the numbers were significantly higher prior to moving regions back into stage 2. In Toronto and Ottawa, Yaffe said 30 to 40% of outbreaks were linked to restaurants and gyms.

In Toronto, gyms were linked to 3% of virus outbreaks between August 1 and October 24. In Ottawa it was 5%.

She acknowledged that there is still significant community spread in some parts of the province.

“As you saw yesterday, the numbers are still going up, they are going up slower,” Yaffe said. “What it’s saying to us is we can look at perhaps modifying the conditions. But that doesn’t mean everyone can loosen up on everything we all need to do.”