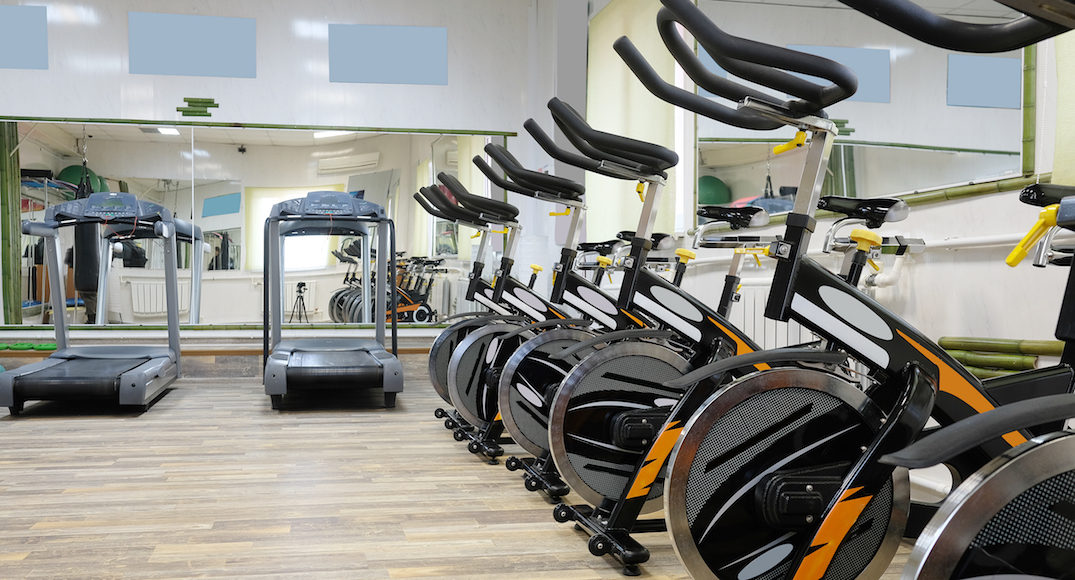 The industry facing the greatest restrictions under Toronto’s modified stage 2 lockdown accounts for one of the smallest sources of COVID-19 outbreaks.

As the 28-day lockdown comes to its final days, new COVID-19 projections released by the province’s top healthcare officials show that between August 1 and October 24, gyms and sports were linked to six outbreaks in the city – accounting for 3% of the total. 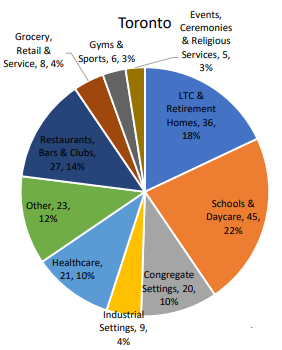 As the source of 27 outbreaks, restaurants, bars, and clubs accounted for 14% of coronavirus outbreaks the city reordered in the same time period.

“Given the evidence I have reviewed, I am concerned if we do not act quickly to enhance public health measures, we will not adequately mitigate the immediate health risks to the public,” de Villa wrote to the province.

Since October 10, indoor dining and gyms have been closed in the city to help mitigate the second wave of the virus. 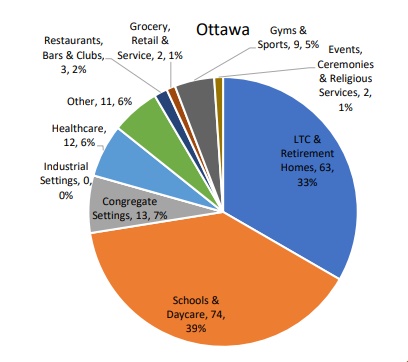 Following an outbreak at a Hamilton SpinCo Studio earlier this month, the city’s medical officer of health, Dr. Elizabeth Richardson, explained that gyms are higher risk environments because people tend not to wear masks since they’re exercising and they breath more frequently and deeply. Hamilton remains in stage 3. 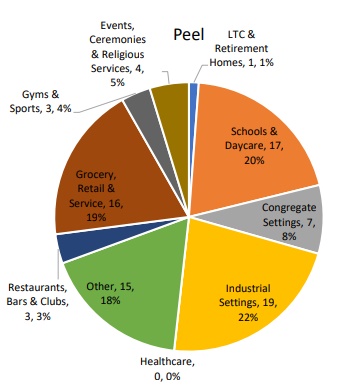 Similar data appears in Ottawa, Peel, and York regions – the other three areas the province placed in a modified stage 2 this month.

As in Toronto, the three regions have had fewer than 10 outbreaks linked to gyms and sports since August 1. Restaurants, bars, and clubs are less of an outbreak culprit, accounting for fewer than 11 in the areas. 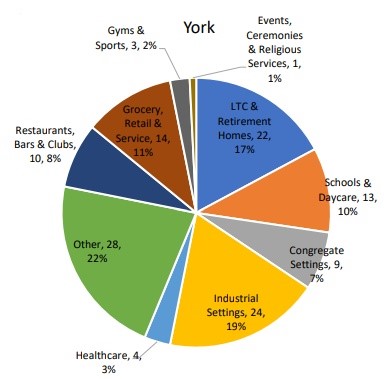 Meanwhile, schools and daycares account for a minimum of 10 outbreaks in each area. In Ottawa, they were the source of 74 outbreaks recorded since August 1.

With the exception of Peel, long term care and retirement homes also accounted for a large portion of the reported outbreaks.

Although COVID-19 cases have been high recently, Ontario appears to be moving away from its worst-case-scenario. In the newly released projections, health officials say that the growth of the virus is slowing across the province.