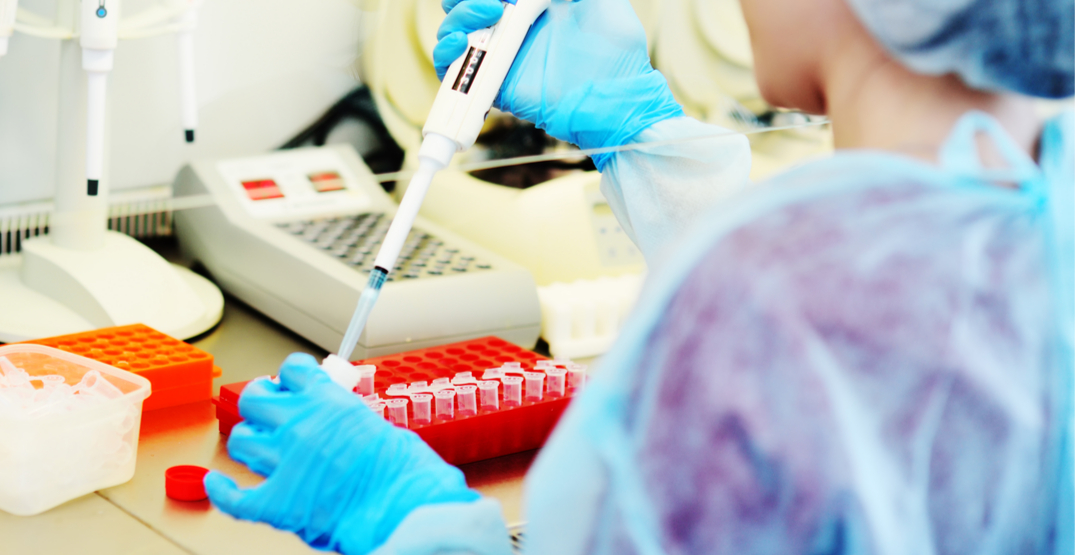 Thirty-nine new confirmed cases of COVID-19 have been announced in Ontario on Sunday morning, while over 1000 are under investigation.

According to the provincial update, 14 of the new cases are in Toronto.

The new cases were identified throughout Ontario including in Simcoe Muskoka, Niagara, Ottawa, Peel, Durham, Waterloo, and Haliburton Kawartha Pineridge.

All of the new patients are in isolation at home.

The vast amount of the newly confirmed cases are all listed as “pending” in terms of age of the patients, and how they caught the transmission. 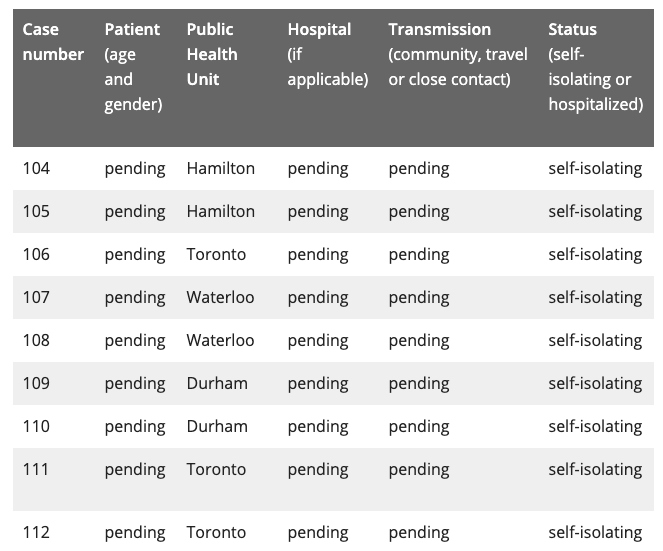 Screenshot of Ontario’s latest cases, all pending / Government of Ontario

The only listed case on Sunday morning is Niagara’s patient, who is a woman in her 50s and was identified in St. Catherines. The woman has a travel history to Egypt.

The province has now seen 142 confirmed cases of coronavirus in total, with five resolved.

There are 1,316 cases under investigation. 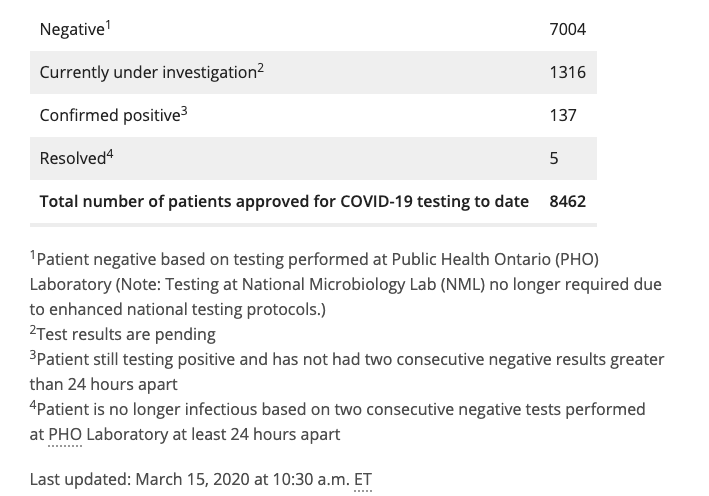 Last week, the province announced all schools in Ontario would close for two weeks after the March Break and Ontario’s Chief Medical Officer’s recommendation for “immediate suspension” of all large events and public gatherings of 250 people.

Effective March 14 until April 5, all licensed childcare centres will be closed and March Break camps cancelled.

Metrolinx will also have a “selective reduction” in GO Transit and UP Express services starting this week.

On Friday, the transit agency announced that new changes will take place starting on March 18 “to align service with demand.”

The selective reduction will affect GO train and buses and UP Express, which is also in “continued support of provincial action and to protect Ontarians from COVID-19.”

The virus is believed to have jumped from an animal host to a human one at a market in Wuhan, China in late 2019. In the months since, it’s ballooned to become a pandemic.

Entire countries have been placed on lockdown, professional sports leagues have been suspended, and people are panic-buying supplies like toilet paper and hand sanitizer.

Ontario has asked citizens to practice “normal grocery buying habits” after shelves were cleared out by zealous buyers.

All Canadian provinces except Nova Scotia and Newfoundland have reported cases of COVID-19. The three territories have not yet reported cases either.