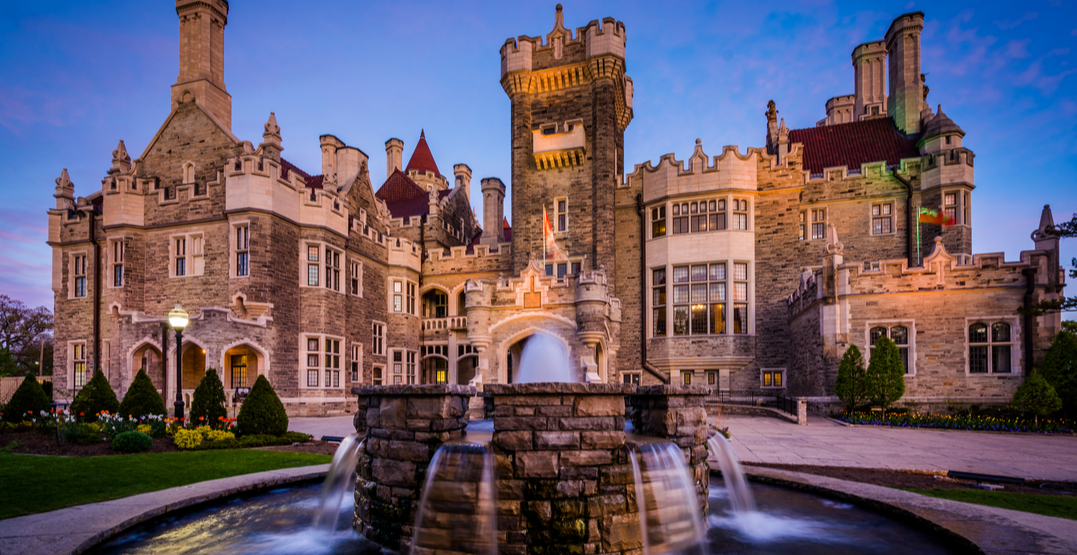 Toronto’s very own Casa Loma has been recognized as one of the province’s most popular tourist attractions in 2017.

The iconic landmark has been rightfully recognized as the Top Historic Landmark in Ontario as part of the second annual Ontario Choice Awards.

Winners of the Ontario Choice Awards were selected based on who earned the most votes from consumers in their designated category. With only one other Toronto attraction (Legoland) being recognized as a top Ontario attraction, this is definitely something to feel proud about.

Located just under 20 minutes from the heart of downtown Toronto, the Casa Loma is a historical landmark, museum and event space that can also now classify itself as an upscale dining destination.

A little over a month ago, Casa Loma opened the doors to its stunning new steakhouse, Blueblood, which occupies the western section of the castle.

Offering foodies a refined dining atmosphere in an upscale environment, Blueblood steakhouse is a refreshingly modern take on the classic steakhouse experience.

Of course, if steakhouses aren’t really your thing and you want to be able to pay the Ontario Choice Awards winner a visit, you could check out the castle’s incredible haunted house, Legends of Horror.

The haunted house features an incredible immersive theatrical interpretation of all of the classic horror figures that takes you through a spooky, one-hour, 1.75 km self-guided walking tour. that starts from the lower gardens of Casa Loma, through its terrifying tunnels and dark places never before open to the public.

Brave castle visitors will start their haunted tour from the lower gardens of the Casa Loma and can then access the castle’s terrifying tunnels and dark places that have never before been open to the public.

Congratulations to not only the Casa Loma but to all the other Ontario Choice Awards winners!