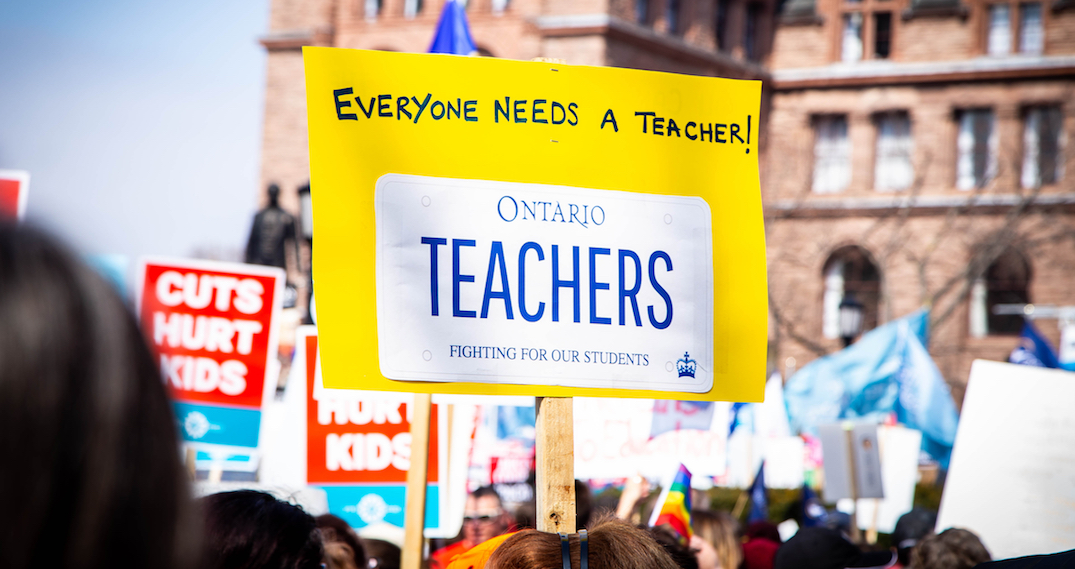 The Ontario Catholic school board reached a tentative agreement with the Ford government on Thursday afternoon.

Liz Stuart, the OECTA President said in a statement that details of the agreement remain confidential pending ratification.

If the OECTA Pronvicial Executive and local unit presidents recommend approval, Catholic teachers will participate in a province-wide vote on April 7 and 8.

#OECTA has reached a tentative agreement with the Ontario Catholic School Trustees’ Association and the Government of Ontario on central terms for a new collective agreement.

Read below a statement from President Liz Stuart.

Members, check your email for a bargaining update. pic.twitter.com/NtHcZK4X4B

The Minister of Education, Stephen Lecce, also remarked on the tentative agreement saying a “good deal” with the teachers’ union was made.

“We are pleased to announce a tentative agreement has been reached between the Crown, OECTA, and the Ontario Catholic School Trustees’ Association, the first agreement with a teachers’ union in this round of collective bargaining, that will ensure stability for our kids and their parents,” Lecce said in a statement.

Lecce also called on other teachers’ unions to come to an agreement as parents expect, “action not delays.”

The tentative agreement comes after OECTA, as well as two other major teachers’ unions went on a province-wide strike on March 5.

Teachers have been on strike for two months with their primary concerns being, increased classroom size, expansion to online learning, funding cuts to special education, hiring teachers with seniority, and improved salary compensation.

With OECTA being the first teachers’ union to get this far in the bargaining process only time will tell if the three other major unions will be able to reach an agreement.