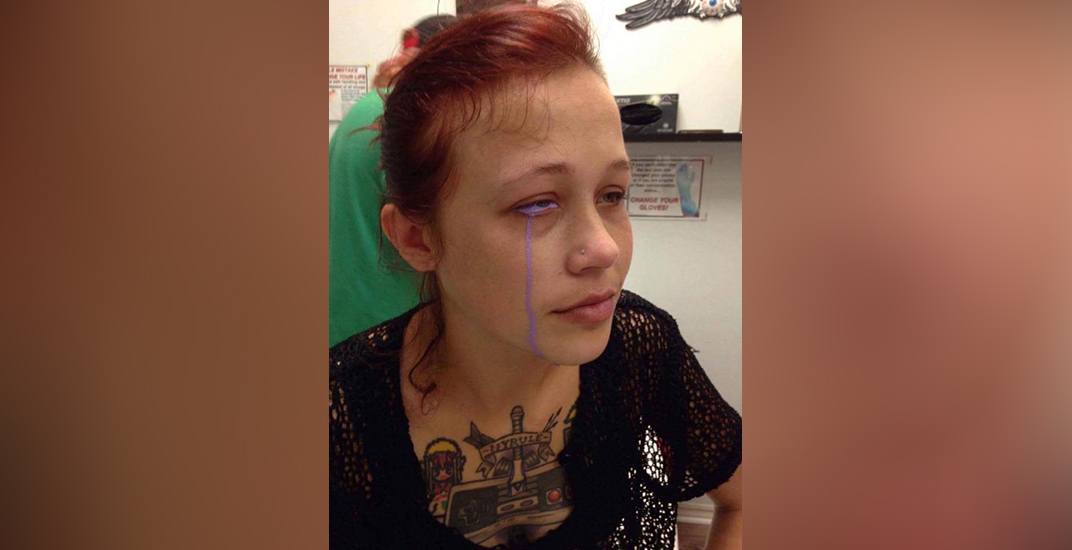 The Ontario government is looking to ban cosmetic eye tattoos following a recent publicized incident of a botched procedure.

In September, Catt Gallinger posted photos of her eye tattoo procedure, which had gone (very) wrong. At the time, the Ottawa resident said that she was at risk of being blind if it doesn’t get corrected.

While it sounds terrifying and rare, this wasn’t the first such case in Canada.

According to the Eye Physicians and Surgeons of Ontario (EPSO), “a 24-year-old Alberta man had his eye surgically removed as a result of bacteria contaminated tattoo ink which was injected into the eye.”

And with the news in Ottawa, the EPSO decided to take action, and brought the issue to Queen’s Park. Their request was that Bill 160, Strengthening Quality and Accountability for Patients Act, 2017, be amended to “prohibit anyone from injecting the eyeball for the purpose of cosmetic tattoos, or implanting a foreign object under the conjunctiva for the purpose of eye jewellery.”

Presenting to the Standing Committee, EPSO’s Chair and Past Chair, Doctors Jordan Cheskes and Kylen McReelis showed images of Gallinger’s eye, and explained the dangers of the practice of eye tattoos in Canada.

“Ophthalmologists around the world are experiencing increasing numbers of patients with blindness and eye loss because of the increasing popularity of eye tattooing,” said Dr. McReelis. “The risky act of tattooing is being performed by untrained individuals who have no knowledge of the eye’s delicate anatomy.”

The doctors said that in the state of Georgia, tattoos are forbidden within an inch of the eye socket except when performed by a physician.

“This is a really debilitating process that someone has to endure. These dyes that are being injected around or into the eye are not safe, frankly, short-term or long-term, and the act of the needle going near the eye is damaging in itself,” said Dr. Cheskes. “We feel that Bill 160 is the best vehicle to protect the public from unregulated eye tattoos and prevent future cases of unnecessary blindness.”

Several MPPs were disturbed by Gallinger’s eye photos, and in the end, their proposal for a change in Bill 160 received unanimous support.

“We’re here to protect the interests of our patients,” said McReelis. “Ontario has an opportunity to be a leader in this, to help promote this nationally.”