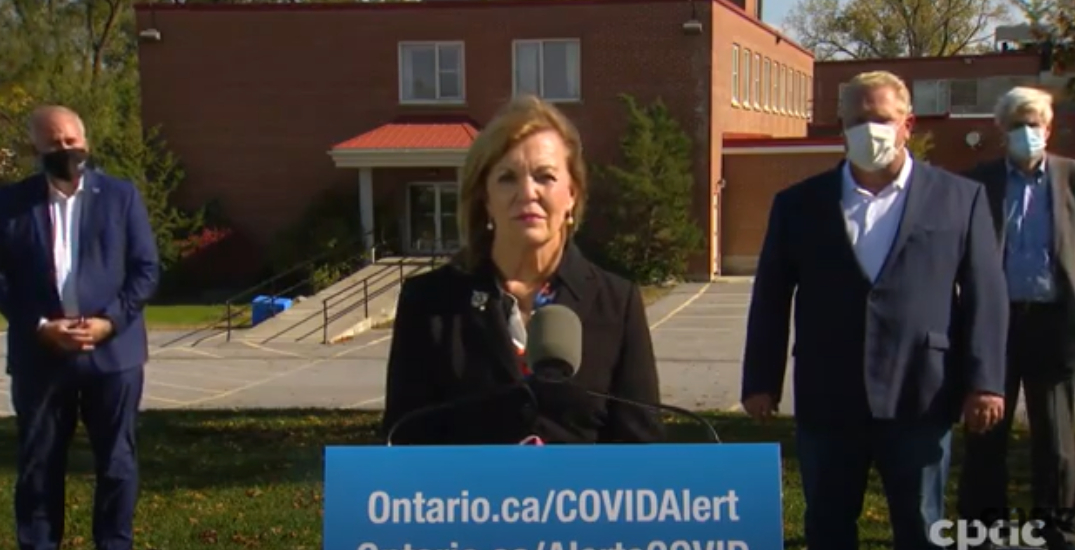 Ontario Premier Doug Ford says that the government has distributed more than 4.6 million flu vaccines across the province.

The government ordered 5.1 million flu shots, 700,000 more than last year, and received the first shipment at the end of September. The remaining 500,000 doses are en route, said Ford.

The comments came after the Premier was asked when all Ontarians, not just those deemed to be the most vulnerable, would be able to get a flu shot.

The shipment of flu shots is based on a set schedule that was established when the order was placed a year ago. The distribution across the province is based on numbers from last year’s flu pre-pandemic season.

“There is no shortage and there is no delay in shipments,” Elliot said. “Anyone who wants to get a flu shot will be able to get one. They may have to wait a short while but it will be available soon.”

Ontario is receiving shipments on a regular basis, and expects another large shipment in the next week or so. They’ve distributed a million more flu vaccines than they had at this time last year, said Elliot.

“This is a global issue across the world,” Ford said. “Everyone is vying for this. As the Minister said, we believe we have enough. We’re keeping a sharp eye on the numbers.”

Ford encouraged all Ontarians to get a flu shot, and to call ahead to their local doctor’s office or pharmacy to ensure they have stock.

With the flu shot being in particularly high demand due to the ongoing pandemic, flu vaccine clinics in Toronto will only be available by appointment.

“Until every single person in this province, every single senior, has a flue shot, I’m not jumping the line,” he said. “I will wait until everyone has it, then I will get mine.”