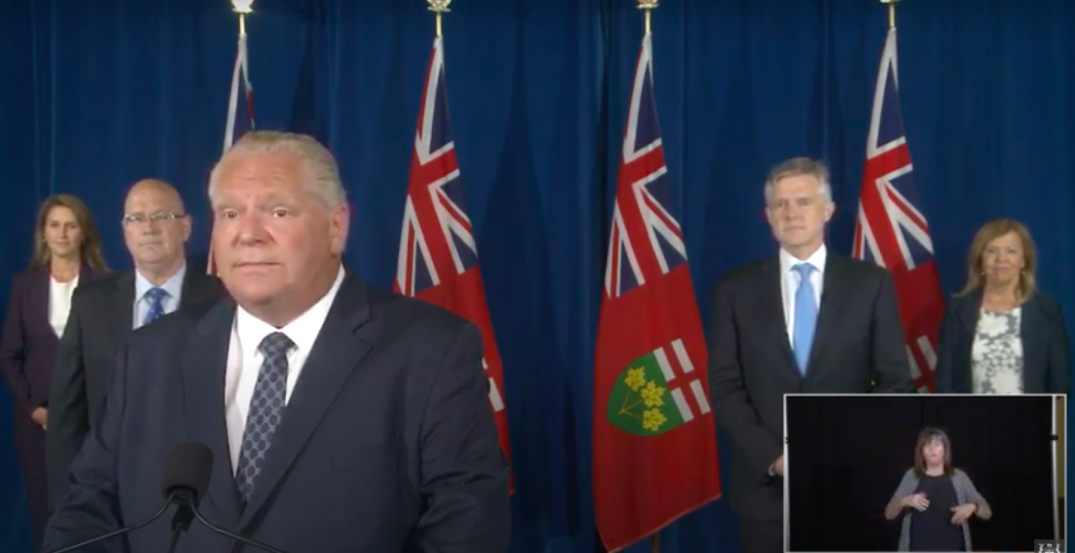 The Ford government announced on Monday that it has secured $4 billion in funding from the federal government to help Ontario’s 444 municipalities to support critical services and public transit, over the next six to eight months.

At Queen’s Park on Monday, Premier Doug Ford was joined by Deputy Premier and Minister of Health Christine Elliott, as well as Minister of Finance Rod Phillips, Minister of Municipal Affairs and Housing Steve Clark, and Minister of Transportation Caroline Mulroney, where he revealed that he and other primers had negotiated with the Government of Canada to secure more relief funding for municipalities.

Up to $2 billion of the funds will be used to support struggling municipal transit, as operators that have seen steep declines in revenues over the pandemic.

“By working together, we have united the country in the face of the immense challenges brought on by COVID-19 and secured a historic deal with the federal government to ensure a strong recovery for Ontario and for Canada,” said Ford in a release. “I want to thank Ontario’s 444 local leaders who supported us through our negotiations with the federal government and through each stage of reopening.”

The province also says it will continue to work with its municipal partners to ensure this funding provides the support needed to address budget shortfalls related to the coronavirus.

During the press conference, Ford also singled out Toronto’s mayor as being a big part of the process.

“I want to recognize Mayor Tory in particular for his support,” he said. “My friends, we stuck together as team Ontario.”

The deal was part of a larger agreement made by the feds with the provinces.

“Last week, Canada’s premiers reached a historic agreement with our federal partners,” Ford said during the conference. “Together we secured $19 billion in relief funding from the federal government. It’s proof of what happens when we all work together.”