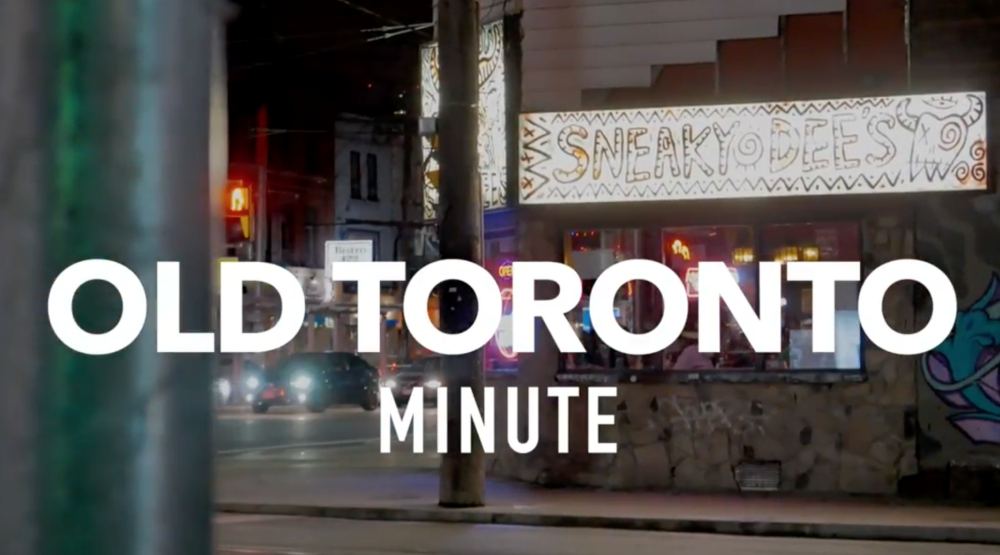 It’s these quirky tidbits of Toronto history that are now the subject of a series of Old Toronto Minutes from YouTuber and musician, Morgan Cameron Ross.

“It started as an Instagram and it has a really great little following,” Ross shares with Daily Hive when reached by phone. He’s been releasing videos since just before the new year, and his following has grown exponentially ever since.
A former history student and a Vancouver-to-Toronto transplant, Ross has lived in Toronto for the last decade and is quick to proclaim his love for the city. “I’m of the belief that the more people know about their community, the better  the community.”

Ross has released eight videos so far and has no intention of stopping.

The minute-long clips are packed full of interesting anecdotes about celebrity ties to Toronto, histories behind longstanding institutions like Sneaky Dee’s and Dufferin Mall, plus plenty of ‘before and afters’ featuring archival photographs in contrast to current snaps of landmark locations in The 6ix.

Best of all, binge-watching all the videos takes less than 10 minutes, so you can take a quick trip down memory lane on a coffee break… or over a massive platter of nachos at Sneaky Dees.