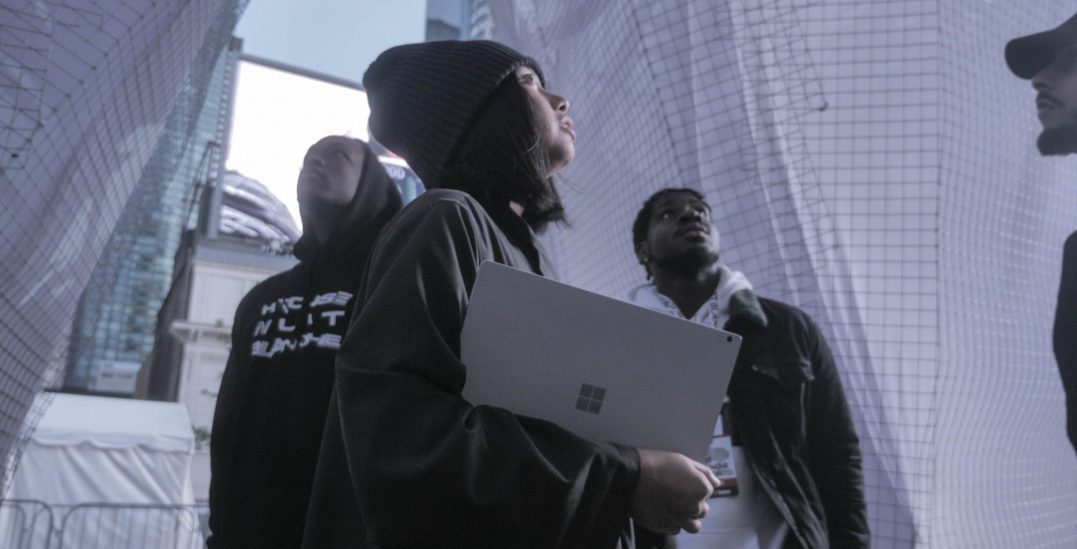 At Nuit Blanche in Toronto this year, an ominous symbol of dystopia stood in the middle of one of Toronto’s busiest intersections, Yonge and Dundas. The mesmerizing 25-foot high art installation symbolizing a giant glacial crevasse, was a sobering reminder of what could happen to our climate if things don’t change.

The creators behind the important and timely sculptural installation called ‘On Thin Ice’ are Ghost Atelier, a multidisciplinary collective, passionate about using dynamic visuals and sculptures that evoke a human response.

Ghost Atelier first met at HXOUSE, a creative incubator in Toronto founded by La Mar Taylor (the creative director behind The Weeknd) and Ahmed Ismail. HXOUSE empowers, mentors, and accelerates creative entrepreneurs, and has seen educational panels from artists such as Metro Boomin’, Nick Knight, Jennifer Rubio, and Bella Hadid.

It was at HXOUSE where Ghost Atelier started to use Microsoft Surface devices. The collective, using their backgrounds in everything from architecture to neuroscience, says using Microsoft Surface when designing the installation, “helped manage the chaos in creation.”

In an interview, Ghost Atelier explained how useful the Surface Pro and Surface Book were in bringing their creative vision to life. Using the Surface also helped streamline Atelier’s workflow so they could focus on being creative.

“The Surface changed our process by giving us the ability to maintain a seamless workflow, the flexibility of the device allowed us to take our work on-site to test and gather notes that might have gotten lost otherwise. It was just all in one place for us.” 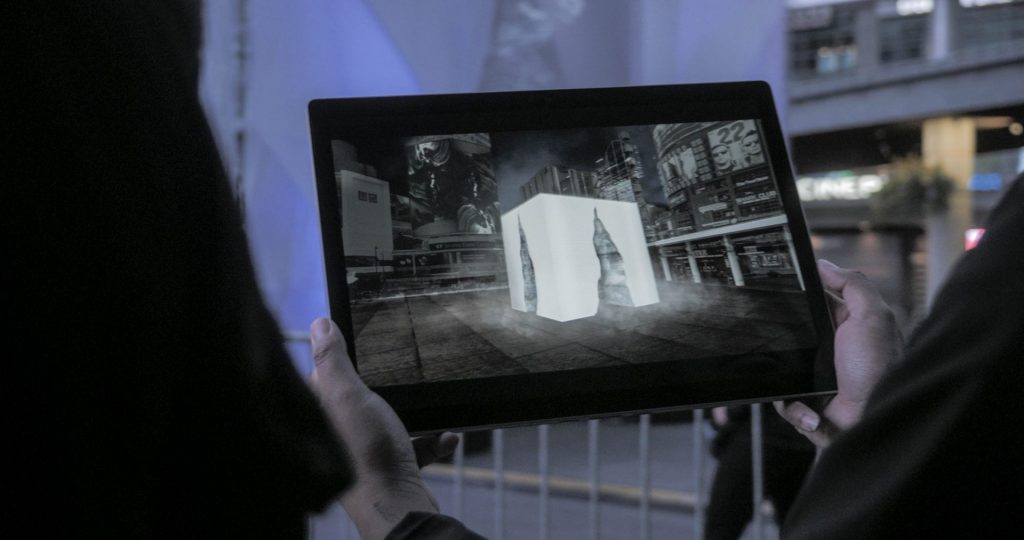 “Our Surface devices were taken from site to site — from sketching and designing to redline meetings with the city, to taking pictures of the site. It was used in each phase of the process.”

The collective also explained how using the Surface was imperative to stay organized with a project with so many moving parts. “Without our Surface, we would have been less prepared in sharing our vision, whether from the research phase to not being able to fully develop renders and tweak them as quickly as we could.”

Ghost Atelier’s ‘On Thin Ice’ installation at Nuit Blanche was the first time that the collective had worked on a project of this scale, and when asked how they were able to pull off such an impressive project, the collective said that it was technology that made the ultimate difference between success and failure.

“Truthfully, this is the first time we have worked on a project of this scale and couldn’t imagine doing it without technology. [Microsoft] Surface is something we will definitely have when it comes to future projects, we’ve already begun noticing the positive changes in our process.”

Ghost Atelier’s timely and thought-provoking ‘On Thin Ice’ installation was witnessed by 50,000 visitors at Nuit Blanche. The sculpture that stirred up some meaningful discussions around climate change wouldn’t have been possible without the mentorship and support that HXOUSE brings to artists and creative entrepreneurs.

With the assistance of Microsoft, HXOUSE is able to empower creatives to achieve their full potential by providing access to best in class technology and hosting workshops and panels with world-renowned creative talent from a variety of disciplines.

For more information on the Microsoft and HXOUSE partnership and how they foster creatives through mentorship and communication, head to their website.

As for Ghost Atelier’s next thought-provoking piece? They said we’ll just have to “wait and see.”