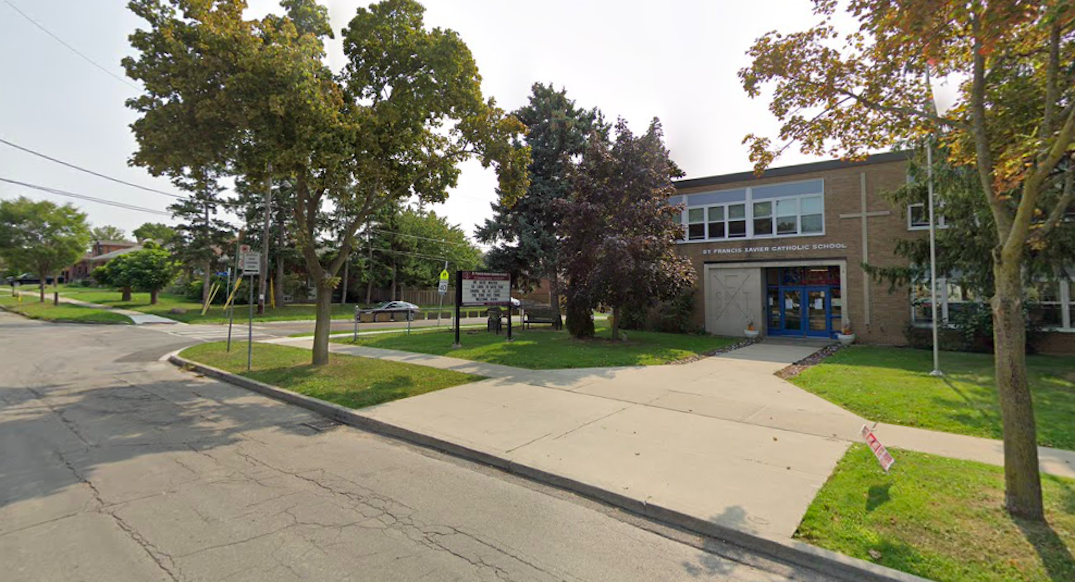 A North York elementary school is being temporarily shut down after 11 COVID-19 cases were detected.

On Monday, Toronto Public Health said in a tweet that they recommended the temporary dismissal of all school cohorts at St. Francis Xavier Catholic School due to an ongoing COVID-19 investigation.

“We will keep the school community informed as soon as the reopening date is confirmed,” they said.

The Toronto Catholic District School Board (TCDSB) first announced the news on Monday night and told Daily Hive in a statement that TPH’s advice and recommendations have been followed.

Starting on Tuesday, the school will be temporarily closed, and testing of students and staff is being finalized, but 11 cases have been detected so far — no variants of concern have been reported.

According to provincial data, 95 school-related cases were reported on Monday morning, bringing the total seen over the last two weeks to 1,230.

As of Monday, 734 schools across the province have a case of COVID-19, and 30 have closed.

A total of 192 schools in Toronto have a virus case – the most of any region in the province. Ottawa has the second-highest count with 67 schools, followed by Brampton with 52 schools.

Since schools reopened in September 2020, there have been a total of 9,233 reported COVID-19 cases out of over two million public school students.