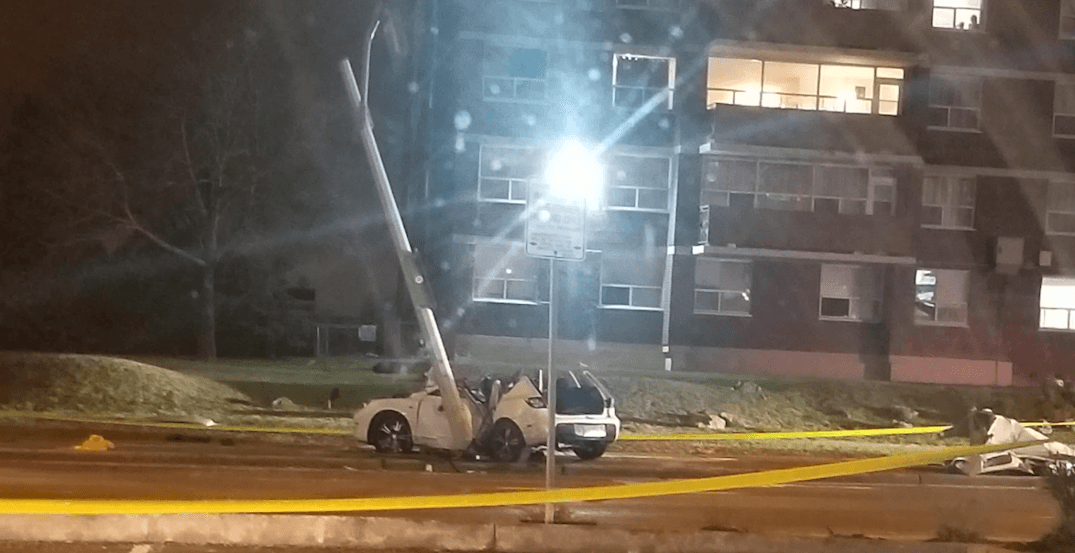 Five people were trapped in a vehicle following an accident on Wednesday evening.

According to Toronto Police, a vehicle crashed into a poll near Don Mills and Deerford Road, just north of the city.

Initially, police reported four people trapped in the car, and were taken to hospital with non-life-threatening injuries.

But they said that units were advised the fifth person, the driver of the vehicle, was also trapped, and was taken to a trauma centre with life-threatening injuries.

Police said that members of the Traffic Services Reconstruction Squad, who are responsible for providing a complete reconstruction investigation, were on the scene.

No information regarding the cause of the accident has been released.