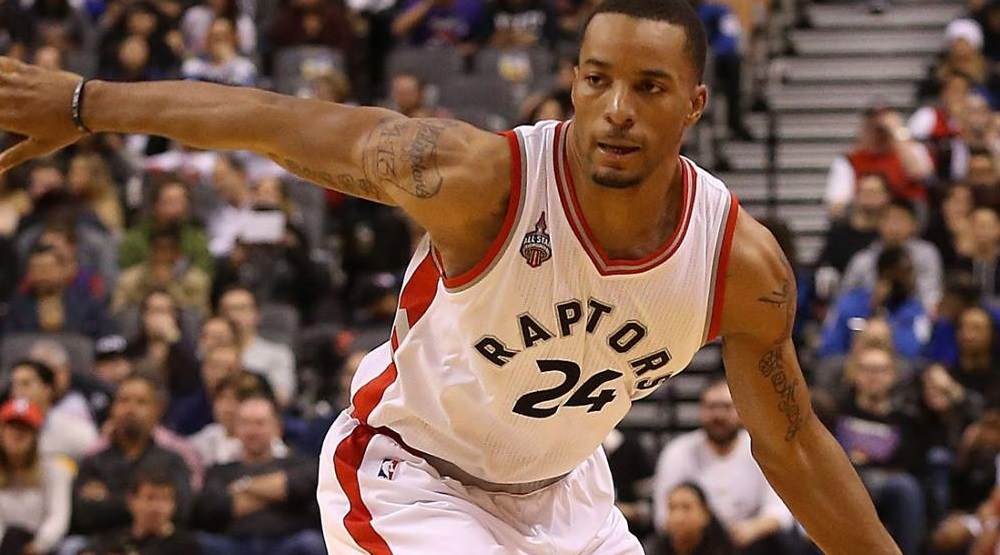 There is a hidden gem on almost every roster in the NBA.

Whether the player is a late bloomer or simply hasn’t been given enough opportunity, these hidden gems need time to shine. It can take a couple years for these kinds of players to emerge but once they find their form, they send shockwaves through the NBA.

Think Tracy McGrady after he left the shadow of Vince Carter. Think Kyle Lowry after he came to Toronto.

Norman Powell is that guy for the Raptors.

The athletic swingman spent four years at UCLA. GM Masai Ujiri proceeded to steal him from the Milwaukee Bucks. Ujiri traded Greivis Vasquez for Powell and a first round pick via the Clippers. Vasquez isn’t even in the league anymore while Powell is thriving with Toronto.

The 23-year-old only played 49 games for Toronto last year but he had a breakout performance in the playoffs against Indiana. He stepped up while DeMar DeRozan and Kyle Lowry struggled. He scored 10 or more points three times during that series.

Powell also won the hearts of Toronto fans with a steal and massive dunk in Game 5 against the Pacers.

Powell averaged only 14.8 minutes in 2015-16, but it has increased to 16.8 this year. The increase is due to the fact that DeRozan has been out with lingering injuries. In the past six games he’s played over 30 minutes five times. In those five games he’s scored over 10 points.

Powell is stuck behind the likes of Terrence Ross, DeRozan, and Cory Joseph but the Raptors need to let this man dominate. He’s athletic enough to guard fast wings and strong enough to guard bigger wings. That’s what makes #24 so effective for the Raptors.

There has been a lot of #FreePowell going on because many can see the untapped potential he has.

His efficiency is great and his shooting percentage speaks for itself. Powell shoots 44% from the field and is 37% from the behind the arc.

He isn’t always flashy, but Powell has the ability to put people on posters. Anthony Davis was the most recent victim…

The Raps are lucky because Powell is around for one more year on a rookie contract. Next season will be a massive contract year for him.

With all of the money being thrown around he will be cashing in. Powell will be looking at $12-15 million a year. Toronto will have pay Kyle Lowry more than $20 million a year so they’ll have a ton of money tied up between their star backcourt.

If Powell leaves the Raptors he’ll have the opportunity to blossom and take that star role. A team like Brooklyn or Detroit could allow him to become a star.

But if Powell wants to play for a contender, perhaps he takes less to stay in Toronto. If he does, the Raptors will reap the benefits.