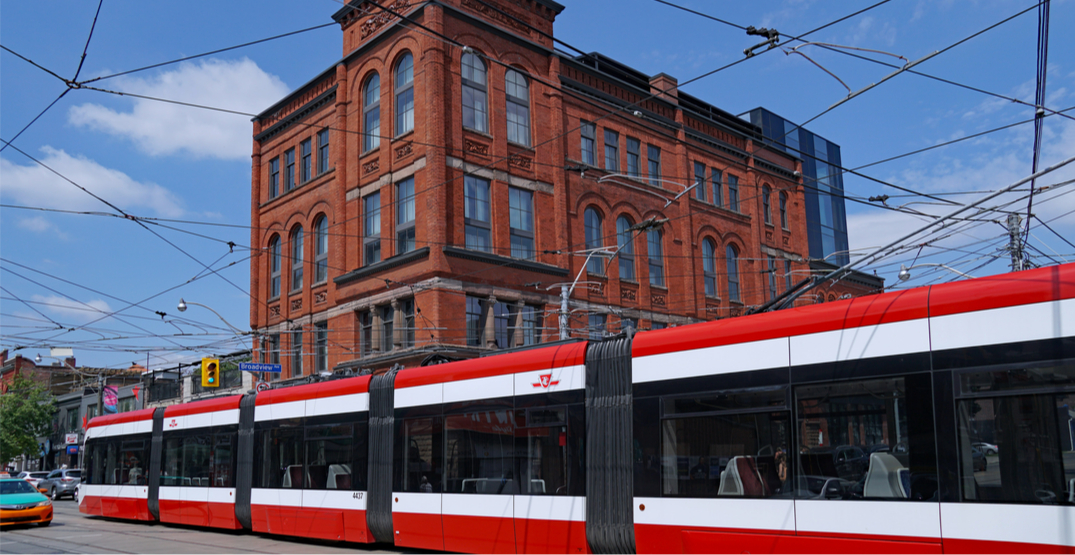 TTC streetcars along Queen Street won’t be returning until at least Monday morning, according to the transit commission.

In a statement shared by TTC’s Stuart Green, the TTC said that in order to allow crews to complete their inspections and get as many cars as possible repaired, they are planning for bus replacement service to continue until Monday morning or until they declare the track is safe for operations.

The TTC said they are also making significant progress on repairs to the damaged streetcars.

“Overnight, our track and maintenance crews worked to identify what caused damage to the supplementary brake system on 25 of our new low-floor streetcars,” said the TTC.

“Specifically, we sent out a specially equipped streetcar with crews following and, using a camera, did real time analysis of the track between Neville Park in the east and Long Branch in the west.”

They say that the inspection revealed nothing out of the ordinary along the main part of the 501 route.

The TTC will be sending out of service streetcars to test the route and verify there are no issues with the 501 main line.

Green said that in addition to buses on the 501 Queen Street route, there will be extra service along the 504 King Street line if that is an option for transit users.

“Again, our goal is to bring streetcar service back to the 501 route first thing Monday morning once our rail testing is complete, we have all or most of those 25 streetcars repaired and that we are confident it is safe,” said the TTC.