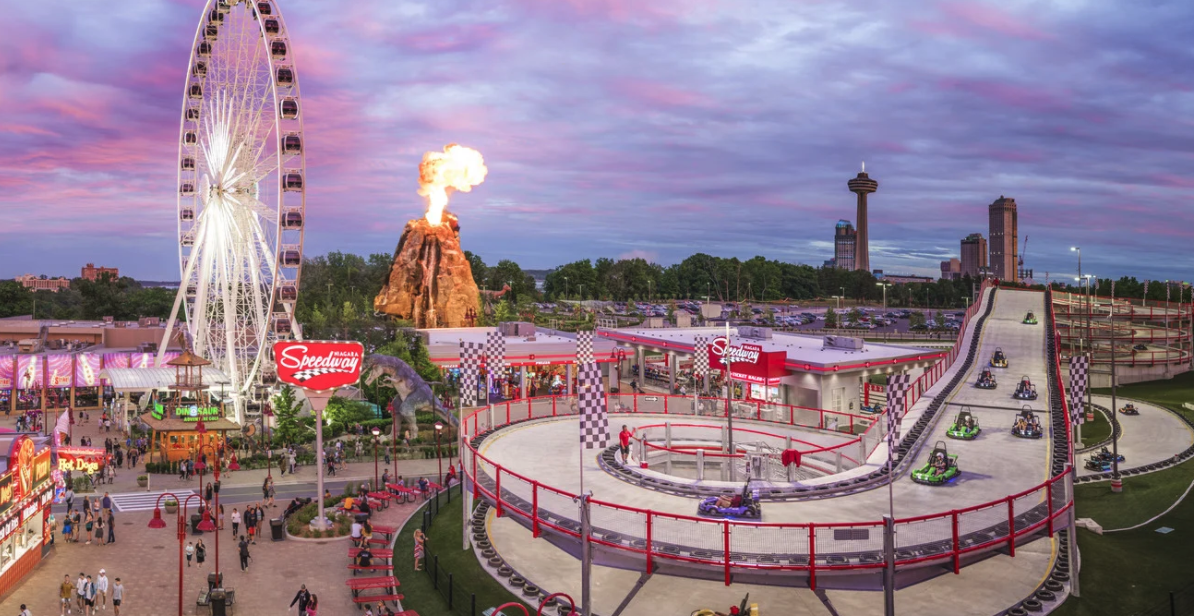 The most epic go-kart facility in Niagara Falls has closed after a staff member tested positive for COVID-19.

Clifton Hill Niagara had reopened in June, and included the reopening of the Niagara Speedway Go Karts.

But the opening was short lived.

“On Monday July 20th at approximately 8 p.m. we were informed by the Niagara Regional Health Department that we had a team member who had been recently employed at the Niagara Speedway test positive for Covid-19,” states their website.

“It was confirmed that the team member had adhered to all safety protocols in place, including the wearing of a mask, during each shift that was worked.”

Niagara Speedway says that out of an abundance of caution, “we have on our own, made the decision to close the Niagara Speedway until the contact tracing and self isolation periods are completed and all Speedway team members are tested before returning to work.”

At this time, there is no word on an opening date after the temporary closure.

When it first opened, it announced that the area of attractions was fitted with several hand sanitizer stands and markings on the ground to encourage physical distancing.

Visitors were expected to wash their hands frequently, follow the directions of staff, and face coverings were strongly encouraged.

According to their website, “The Speedway is a world-class attraction that combines the adrenaline inducing thrill of kart racing with the remarkable experience of a roller coaster ride. The course is spread out over four acres with over 2000 linear feet of concrete racing surface, running through a four-story helical spiral followed by a two tiered coaster style ramp that runs into another spiral. Though riders may feel like they are flying over a cliff at certain points during the ride, extensive safety features were built into the Speedway attraction.”