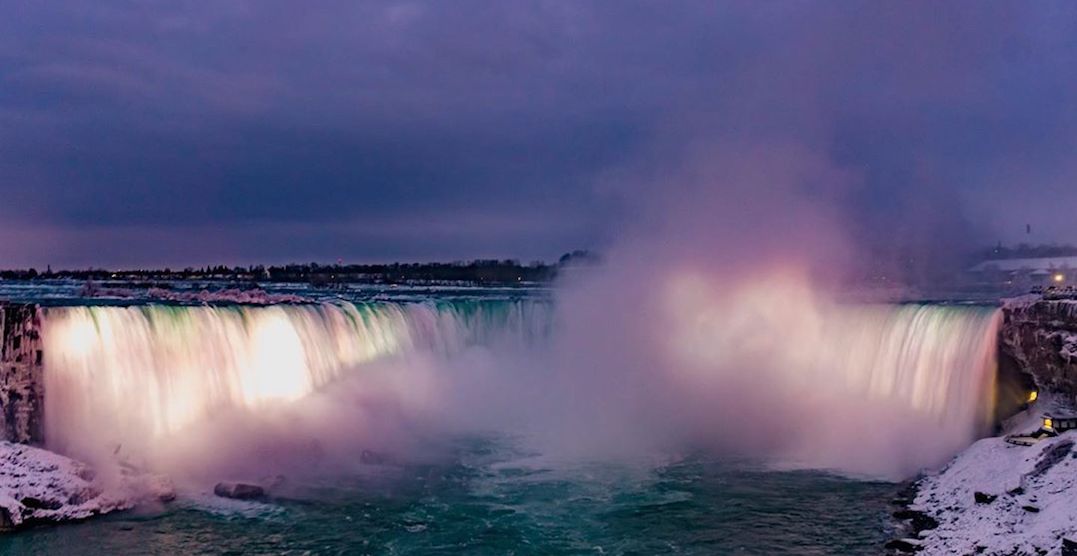 On February 24, Niagara Falls will be illuminated in purple and yellow light — Los Angeles Lakers colours — in memory of Kobe Bryant.

The basketball star died suddenly and tragically in California on January 26, when the helicopter he was travelling in crashed.

His 13-year-old daughter Gianna, who was on board with him, also died.

From 9 to 9:30 pm, the special illumination will honour Bryant, Gianna, and John, Keri and Alyssa Altobelli; Sarah and Payton Chester; Christina Mauser and Ara Zobayan, who were on their way to a basketball tournament at Bryant’s Mamba Sports Academy in Thousand Oaks, California.

Gianna’s team was coached by her dad.

Along with the significance that the illumination carries on its own, the date is also meaningful, as 2 and 24 were Gianna and Kobe’s respective jersey numbers.