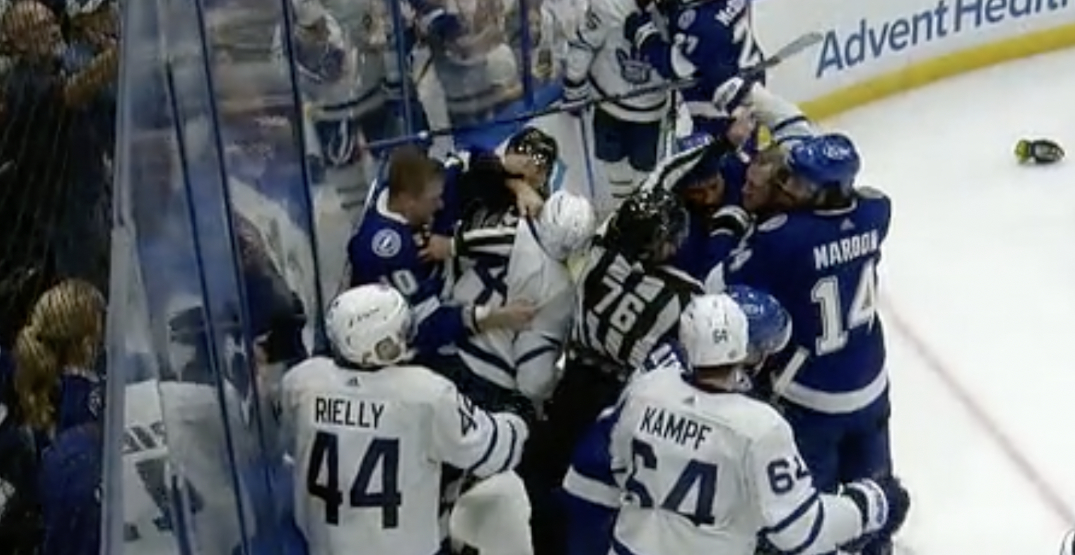 A pair of Toronto Maple Leafs have been hit in the wallet by the National Hockey League.

Kyle Clifford was fined $2,500 for his high-stick on Tampa Bay Lightning forward Corey Perry, and Wayne Simmonds was taxed an additional $2,250 for charing defenceman Mikhail Sergachev.

Toronto’s Wayne Simmonds has been fined $2,250, the maximum allowable under the CBA, for Charging Tampa Bay’s Mikhail Sergachev.

Toronto’s Kyle Clifford has been fined $2,500, the maximum allowable under the CBA, for High-sticking Tampa Bay’s Corey Perry.

Both instances, which garnered maximum allowable fines, came in an 8-1 loss Thursday night.

Clifford bopped Perry on the head with his stick pic.twitter.com/NDvIdwsfdk

Simmonds was not penalized on the play, occurring at 15:21 of the third period. He and Lightning forward Pat Maroon fought later in the game. Sergachev punched Toronto forward Michael Bunting in the back of the head earlier in the game.

Clifford was handed a match penalty for his high-stick of Perry, which happened at 8:10 of the third. The Maple Leafs forward bopped the helmetless head of Perry in a heated scrum.

Both will be available when the Maple Leafs visit the Florida Panthers on Saturday.

Toronto has clinched a berth in the Stanley Cup Playoffs and could face the Lightning in the opening round. The Maple Leafs are second in the Atlantic Division; Tampa Bay is third.