Get ready to ring in 2019 with a celebratory shower.

According to The Weather Network, December 31 is going to be a day of rain in Toronto.

After a chilly weekend that left the city looking like a lightly snow-dusted winter wonderland, temperatures are supposed to rise to a high of 4°C on Monday.

The warmer temperatures, alongside an expected 15-20mm of rain, mean that this snow likely won’t be sticking around. 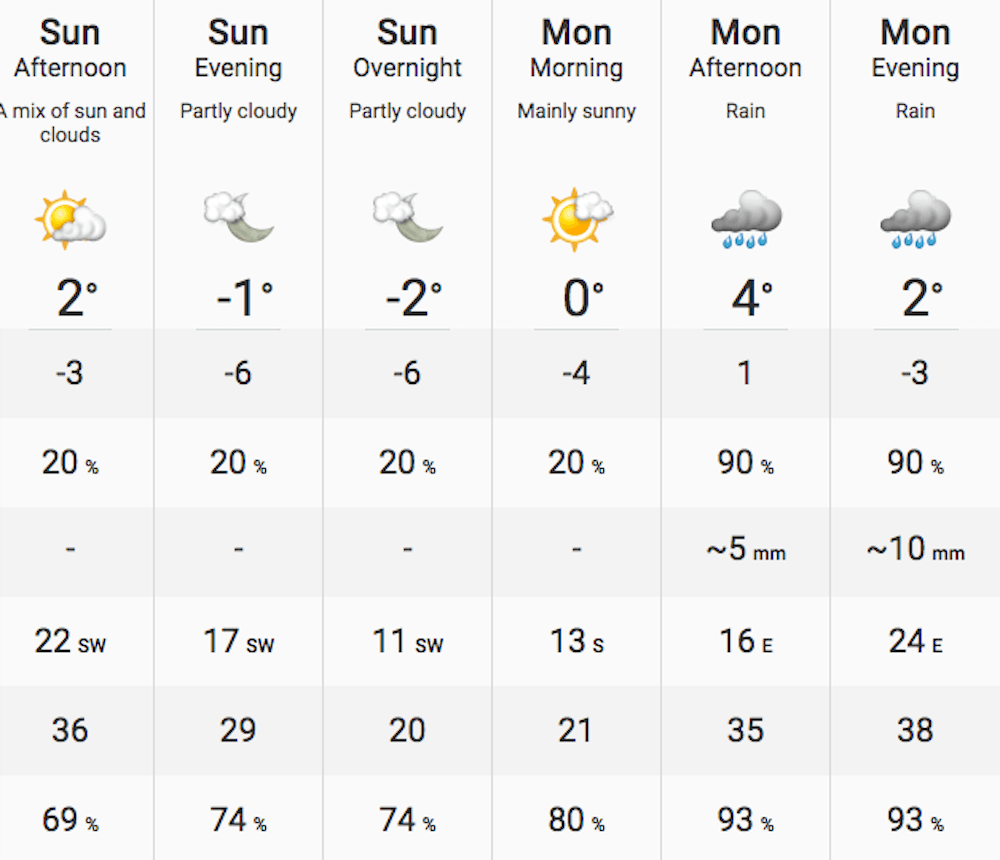 So ensure that whatever your plans are for New Year’s Eve, they include an umbrella.