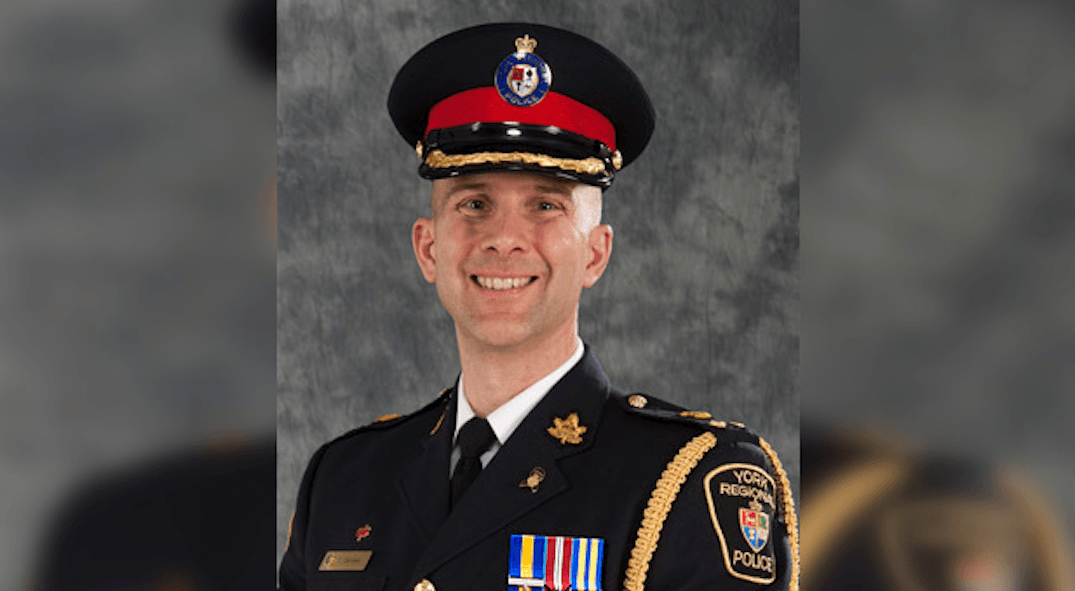 Less than a week after Doug Ford’s close friend Ron Taverner officially dropped out of the race to become the commissioner of the Ontario Provincial Police (OPP), the province has announced its new appointment.

The government of Ontario is appointing Thomas Carrique as the next OPP Commissioner.

According to the province, Carrique currently serves as the Deputy Chief for the York Regional Police, where he has spent his entire 29-year career with the force. He has worked in a variety of fields, including Uniform Patrol, Criminal Investigations, Investigative Services, Traffic, Marine, Public Order and the Administration and Operations branches.

“We are very excited to announce Deputy Chief Thomas Carrique as the next Commissioner of the Ontario Provincial Police,” said Minister of Community Safety and Correctional Services Sylvia Jones. “Deputy Chief Carrique will help bring an outside vision to the OPP and work with talented officers and civilian staff to bring forward positive change.”

Jones said the Ontario Provincial Police has been without a permanent commissioner since November 2, 2018.

“The rank-and-file deserve certainty and clarity. Deputy Chief Carrique will be a strong voice for the front-line officers we all depend on to keep our communities safe,” Jones said.

Deputy Chief Carrique will serve a three-year term and will assume his post on April 8, 2019.

The new appointment comes after Taverner confirmed his decision to withdraw as OPP commissioner.

Taverner was appointed Commissioner of the OPP in November 2018. It was later revealed that Taverner and Ford were close friends — raising questions about his hiring.