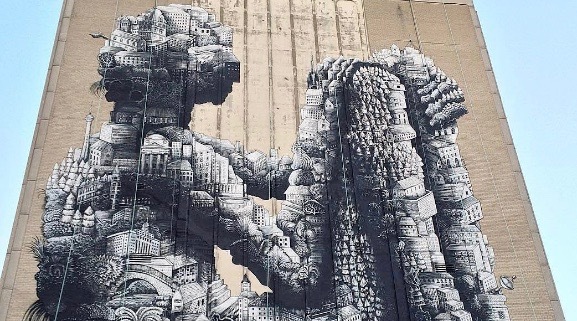 Phlegm – a cartoonist, illustrator, and street artist – has incredible murals in cities all over the world, including Manchester, UK, Antwerp, Belgium, Dunedin, New Zealand, and many more:

But his Toronto creation is truly something special – because it encompasses our city.

Sure, the side of the 12-storey Padulo building at 1 St. Clair Avenue West might look like a giant person (child?) from afar, but get up close and you’ll see it’s made up of several different Toronto landmarks, including the CN Tower (obviously), city ravines, the St. Lawrence Market, the ROM, and many other hidden gems: 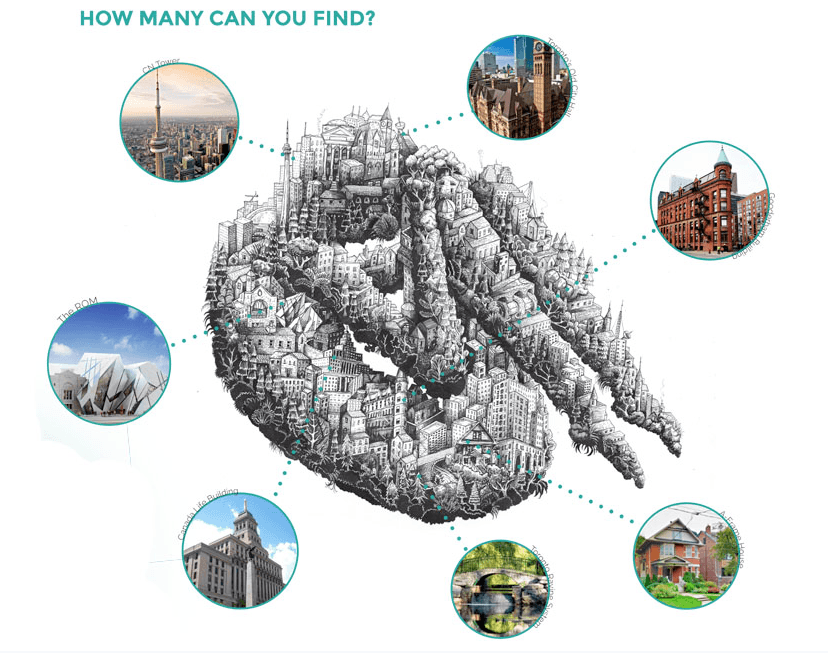 This is the dip pen drawing I did for this wall here in Toronto. A mix of architecture and ravines, part imagined and part inspired by the city. #stclairmural #phlegmpaints @stepsinitiative @bellefleurhaus

To give you some perspective on the enormity of this undertaking, here’s what the wall looked like just four weeks ago:

The “award-winning public arts organization,” STEPS, at the behest of Slate Asset Management (the company that owns all four corners of Yonge and St. Clair West), brought Phlegm over the pond to help beautify the neighbourhood and create a brand new landmark for the city.

Working some Toronto details in the upper back this morning. Slowly making my way down to ravine covered lower back this afternoon before the sun bakes me off the wall. #phlegm #StClairMural #phlegmpaints #PublicArt @stepsinitiative @bellefleurhaus @yongestclair