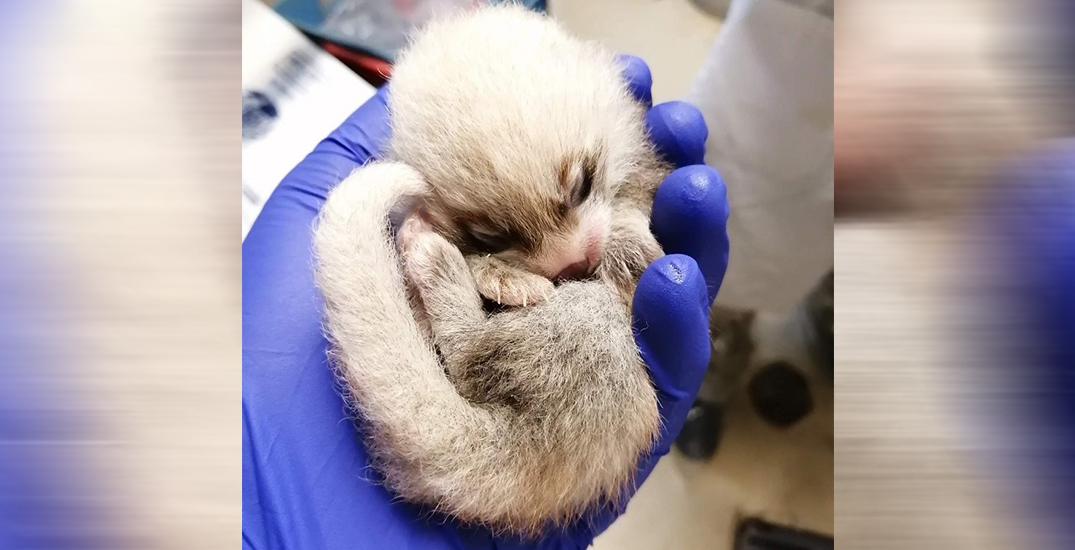 A newborn red panda cub has passed away at the Toronto Zoo.

The cub was one of two pandas born last week at the zoo. This was the first time a red panda has been pregnant there since 1996, according to the zoo.

On Sunday, the cub was found weak and was transferred to the ICU in the Zoo’s Wildlife Health Centre. There, she received treatment and was also fed by the veterinary team, every three hours.

After the zoo saw an improvement in her condition, she returned to her mother–named Ila, in the Red Panda House on Wednesday.

Shortly after being reunited with her mother, the cub appeared “cold, dehydrated and lethargic.” The zoo then began additional treatment and was placed back in an incubator, where she sadly passed away overnight.

The Toronto Zoo said that it suspected Ila was not producing enough milk to feed both of the newborn cubs, which is why they began supplemental feedings with the pandas. They will continue these feedings with the other cub but said that they will also keep it with its mother to allow for bonding.

“Being the first red panda cubs born at the Zoo since 1996, it is with heavy hearts that our team mourns this significant loss and we appreciate our community’s support as we continue to care for and monitor the remaining cub,” the zoo said.

They also said that the first five weeks of life is critical for a cubs survival.

According to the World Wildlife Fund, 50% of red panda’s habitat is in the Eastern Himalayas.

Red pandas are considered an endangered species with less than 10,000 in the word due to climate change and deforestation.