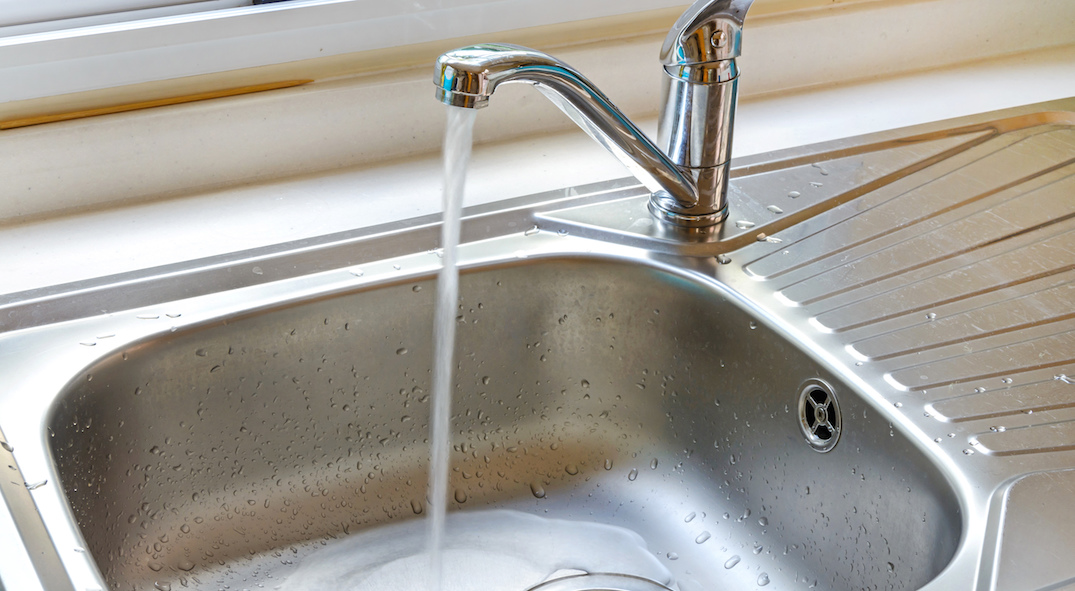 The General Manager of Toronto Water has given Leslieville residents the go-ahead to drink their tap water again, after they voiced concerns over its cloudy appearance.

Earlier this week, Leslieville residents expressed their concerns on social media over what many questioned to be drinkable water.

One resident asked if there was an issue with the water as it remained grey in colour after resting for 15 to 20 minutes, showing “major sediment too.”

@cityoftoronto should #leslieville tap water be grey after 15-20min of resting. Major sediment too. Hoping to know if there is an issue… pic.twitter.com/yraOhVums3

Another visited nearby stores to purchase bottled water but found the shelves empty.

Unknown cloudiness in the tap water in Leslieville – went to the Shoppers to get some bottled water out of precaution and not surprisingly the shelves were empty pic.twitter.com/RMrYsLLfAm

On Monday, Toronto Chief Communications Officer Brad Ross spoke out on the issue saying the water was safe to drink.

According to Ross, the cause for the discolouration was due to air being trapped in the water distribution system due to pump changes.

“Cloudy drinking water reported in the area bounded by Gerrard-Coxwell-Lakeshore-Carlaw,” he wrote. “Drinking water is safe. Cause is air trapped in the water distribution system due to pump changes.”

“Flush your water up to 30 minutes until it runs clear. Call 311 if you have questions.”

However, some suburbanites still continued to experience issues, even after flushing their water.

Afternoon @311Toronto haven’t been drinking the water and we have had it running for a few hours. Following your thread https://t.co/lcNQWNt3BA Any other updates we should be aware of? Thanks LBJ https://t.co/39w9TuigGO pic.twitter.com/rKDGaRuS7n

On Monday, City Councillor Paula Fletcher sent a letter to the General Manager of Toronto Water and Toronto’s Medical Officer of Health after numerous residents contacted her office.

In the letter, Fletcher said that despite the information provided by Toronto, “many residents have indicated that flushing their taps for up to an hour has not resolved the issue.”

“They have said that the water is not only cloudy but that pieces of sediment are coming out of their taps in the water.”

On Wednesday, Fletcher shared the response from the general manager of Toronto Water, Lou Di Gironimo, saying there was air trapped in the water and residuals from the lining build-up in pipes.

“Let us assure you that the drinking water was safe at all times as our testing and monitoring program indicated the system disinfection levels well within regulatory compliance levels,” Gironimo confirmed.