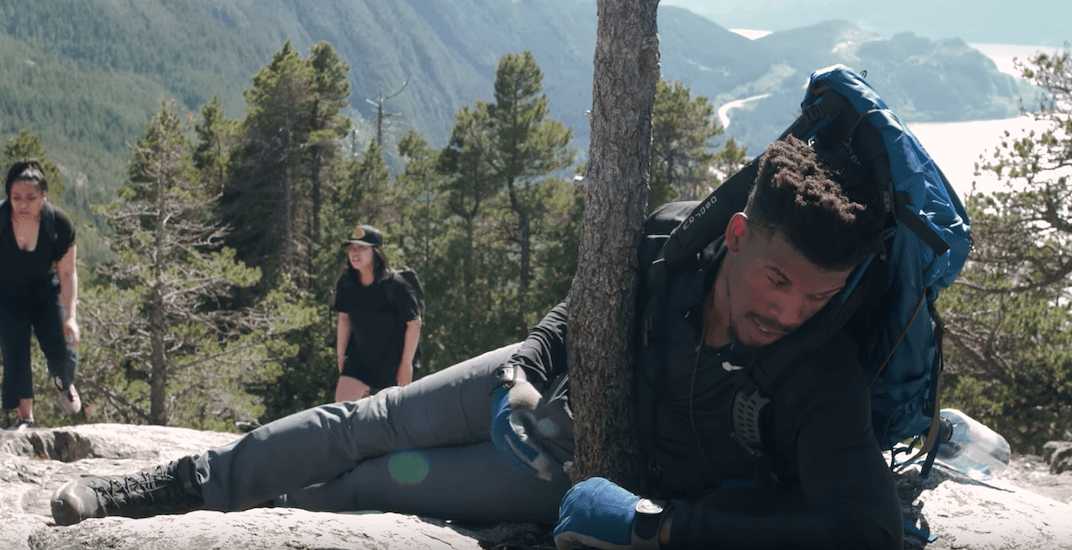 For anyone who has visited Vancouver, and attempted to hike the mountains there, it’s known to generally be a challenging task. Especially for some of us city folk.

Jimmy Butler, shooting guard for the Philadelphia 76ers, was in Canada a few months ago and decided to hike the Stawamus Chief in Squamish, near Vancouver — and it definitely not a slam dunk.

Butler explained that this was his first hike and he wanted to be prepared. Like a true nature enthusiast, he started off by heading to a local outdoor store and grabbing equipment.

But he doesn’t just grab the essentials — he went overboard. Way overboard.

“Some of my items: A knife in case I’m out there with Sasquatch and we go toe to toe,” he explained.

At one point an employee commented that Butler looks like he was going on a five-day trek.

“If I get stranded, I’m prepared,” Butler replied, and we would do the same too in the BC wilderness.

Sure, he had more than enough equipment, but was Butler physically ready for the nearly-two-hour journey up the mighty Chief?

“I didn’t think it was going to be like that. I just though like yo, it’s just going to be a trail that was going up through the mountain,” he said. “So I was like ‘It can’t be that bad.’ Little did I know, I was wrong.”