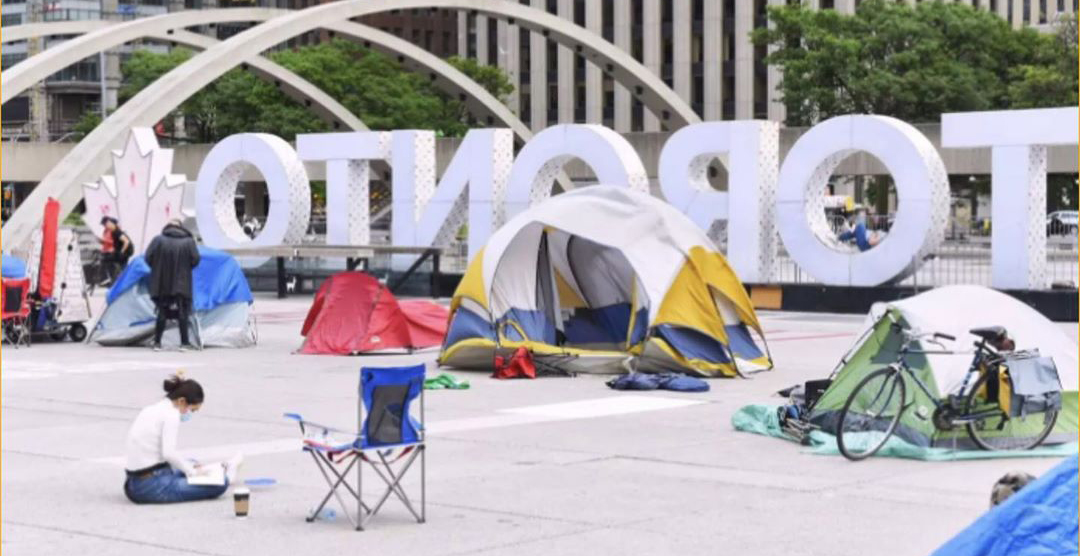 The City of Toronto has issued a trespassing notice to a group of protesters who have been occupying Nathan Phillips Square since June 19.

Chief Communications Officer for the City of Toronto, Brad Ross, told Daily Hive that the protesters must reach certain conditions, or they may face some serious fines.

“We have asked them to immediately cease camping, open fires, use of generators, etc,” Ross said in an emailed statement. “We respect their right to peacefully protest on the square, but that must be done in compliance with City bylaws. Failure to do so may include enforcement of the Trespass Act, including the removal of tents.

A post on the organization’s Facebook page says, “Afro-Indigenous Rising was born out of the June 2020 protests in Tkaronto, as a way to ensure that our communities maintain momentum. We are a diverse group of Black and Indigenous peoples, and settlers who are working towards abolition.”

In a copy of the trespassing notice sent to Daily Hive, the City details 11 points ranging from obstructing access to city hall to unpermitted cooking equipment to vandalism and more, under the Trespass to Property Act.

The camp-in began on Friday, June 19 — Juneteenth, a holiday celebrating the emancipation of Black slaves in the United States — when AIR marched from in front of Toronto Police Headquarters to the square outside city hall.

They’ve been camped there ever since “for the abolition of the police force,” according to the group.

Earlier this week, the iconic Toronto sign that also resides in the square was vandalized.

“The City continues to monitor activities at City Hall and Nathan Phillips Square, with the safety of the public and staff as its priority,” Ross said at the time. 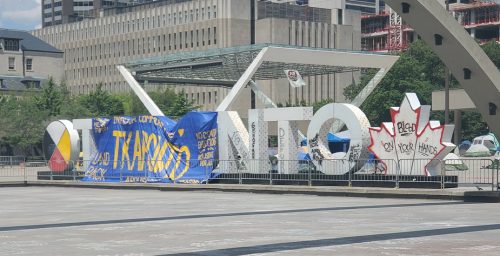 Daily Hive reached out to AIR for comment but did not hear back by the time of publication.

With files from Irelyne Lavery.