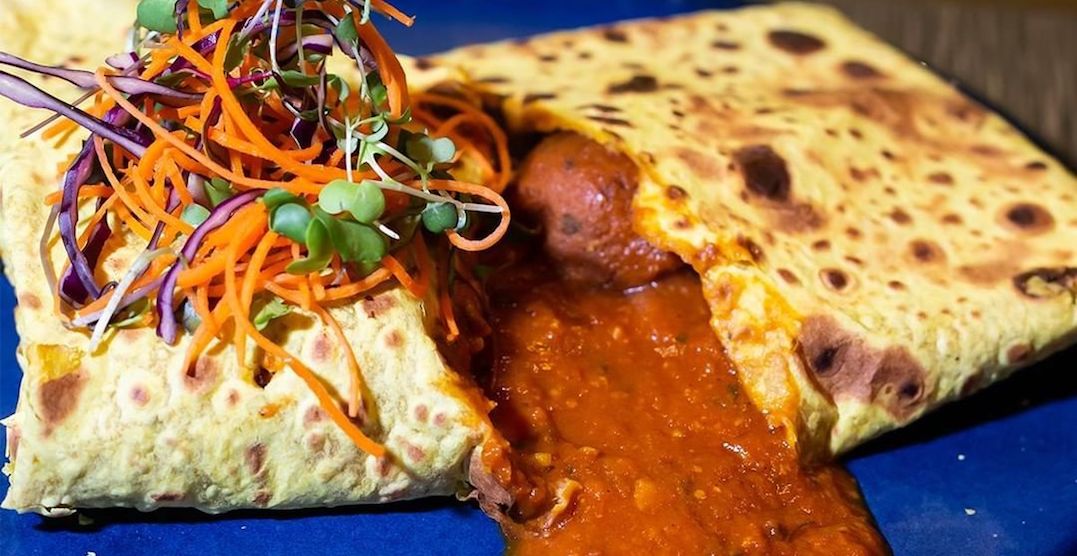 To celebrate their first year at 901 King Street West, My Roti Place will be serving up a special deal for visitors next week.

But if you’re not into Channa Masala in the morning, there’s no stopping you from grabbing your bite in the AM and holding onto it until lunch.

The flavour combinations on offer will be Butter Chicken Roti, Vegetarian Paneer Butter Roti, and Vegan Channa Masala Roti. Which all sound mouthwatering.

The deal is only on at the 901 King Street West location, and it’s limited to one per guest.

So mark your calendar and get ready for Monday’s cheap lunch!

$1 Roti at My Roti Place