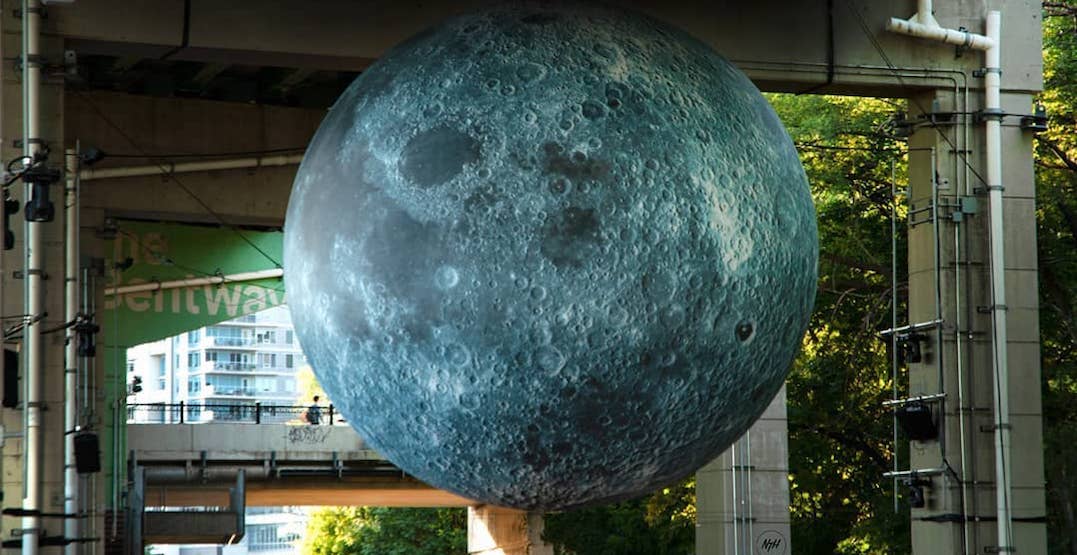 You officially have one more reason to visit The Bentway before summer ends.

Starting September 10, The Bentway will transform into an open-air planetarium, complete with a massive glowing moon that will light up below the Gardiner Expressway.

The week will culminate with a special event on September 14 with Moon Merge, as a full harvest moon rises over Toronto.