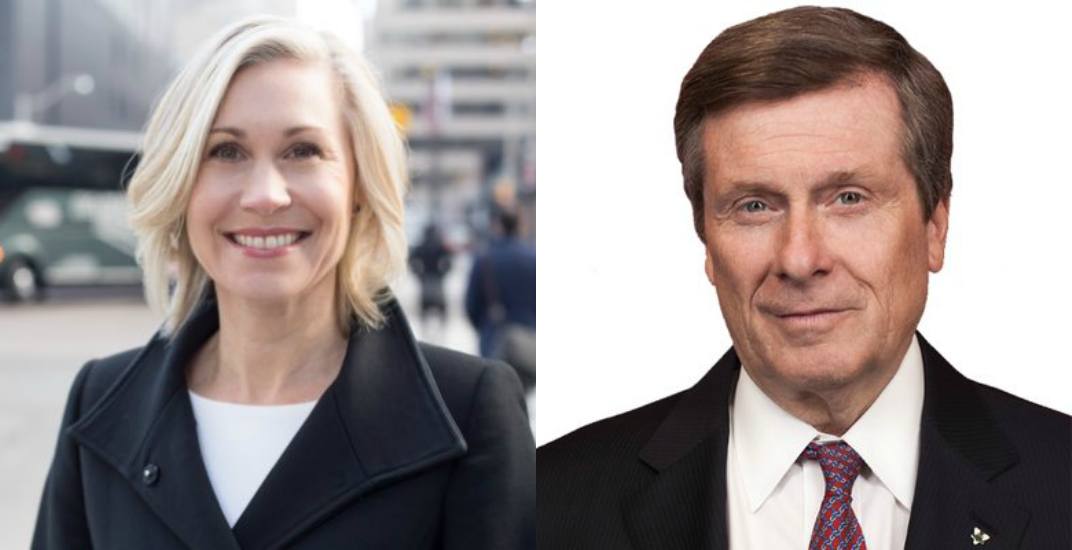 Conducted by Forum Research between October 3 to 5, the survey found that incumbent Tory has a commanding lead in the race, with 56% of voter support.

Keesmaat, who has been very vocal with her disapproval of Tory, has failed to gain significant ground and with the municipal election only 11 days away she currently only holds 29% of voter support.

“Tory looks to have a double-digit lead, and, with only two weeks to go before election day, it’s a lead that may be very difficult to erase. Politics is a game where few results are completely unpredictable, but at this point, a Keesmaat victory would almost certainly require a Tory collapse.”

Additionally, the survey found that 15% of people expressed support for one of the 33 other mayoral candidates while the rest were undecided.

The data was collected through a survey of 987 randomly selected Toronto voters. Results based on the total sample are considered accurate +/- 3%, 19 times out of 20. Subsample results will be less accurate.