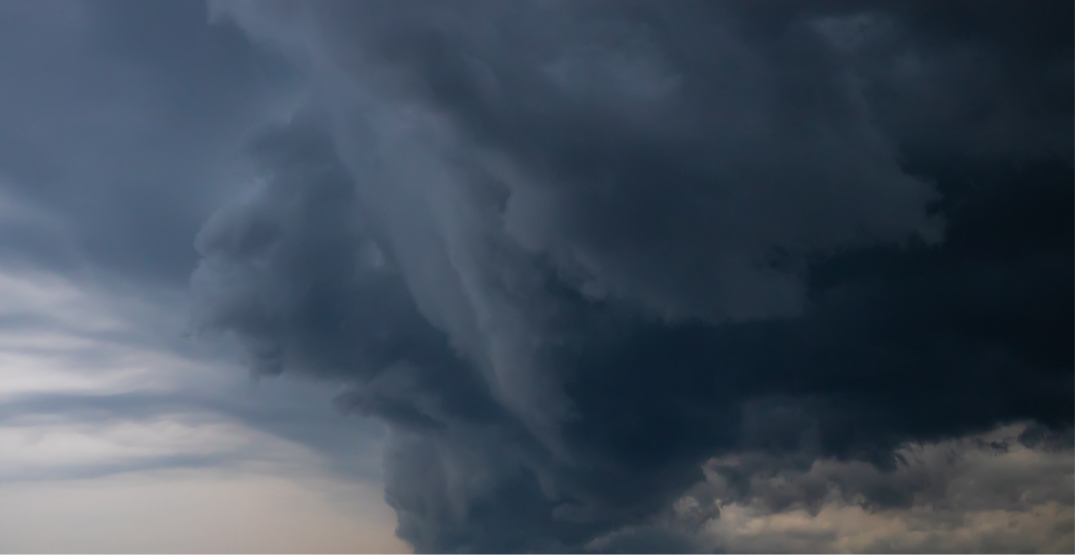 Ontario reportedly saw four tornadoes over the weekend, ushering in the new month with some very wild weather.

According to a bulletin from Environment Canada, three twisters appeared over the province on Sunday, August 2, and another single one on Monday, August 3.

The first reported tornado struck Camden East around 2:35 pm. The weather agency says that damage associated with this event was “consistent with winds up to 130 km/h,” meaning this tornado has been rated a high-end EF0.

EF ratings, or the Enhanced Fujita scale, rates wind damage from zero to five. An EF0, like in the Camden East tornado, means the wind was estimated between 90 to 130 km/h.

The second tornado occurred near Oxford Mills, outside of Ottawa. Environment Canada says RADAR places the time of this tornado at approximately 4:25 pm.

“Damage associated with this tornado was light and suggests estimated maximum winds around 90 km/h, and so this tornado has been rated a low-end EF0,” the agency said.

Sunday’s final twister would touch down in Kinmount, an hour north of Peterborough.
This would be the strongest reported tornado of the weekend, rated to be EF1 in strength.

just spotted funnel clouds that could spawn a tornado outside ottawa, ontario on my way home #tornadowatch #ONStorm pic.twitter.com/IN5PIrkLLa

Environment Canada says that RADAR and local witnesses put the time of this tornado at approximately 4:50 pm.

Monday’s weather brought fewer of the weather patterns, with a weather spotter reporting a “weak tornado” north of Mitchell in Perth, at approximately 12:40 pm.

Tree damage was reported but the storm was not assigned an EF rating.

These events are still under investigation by Environment Canada and Northern Tornadoes Project, and all information is considered to be preliminary.

According to the province, “Ontario averages about 12 tornadoes a year, usually between May and September. From the extreme southwest of the province to the farthest northern tip, a tornado can strike anywhere. Environment Canada issues warnings when tornadoes are imminent or already detected.”