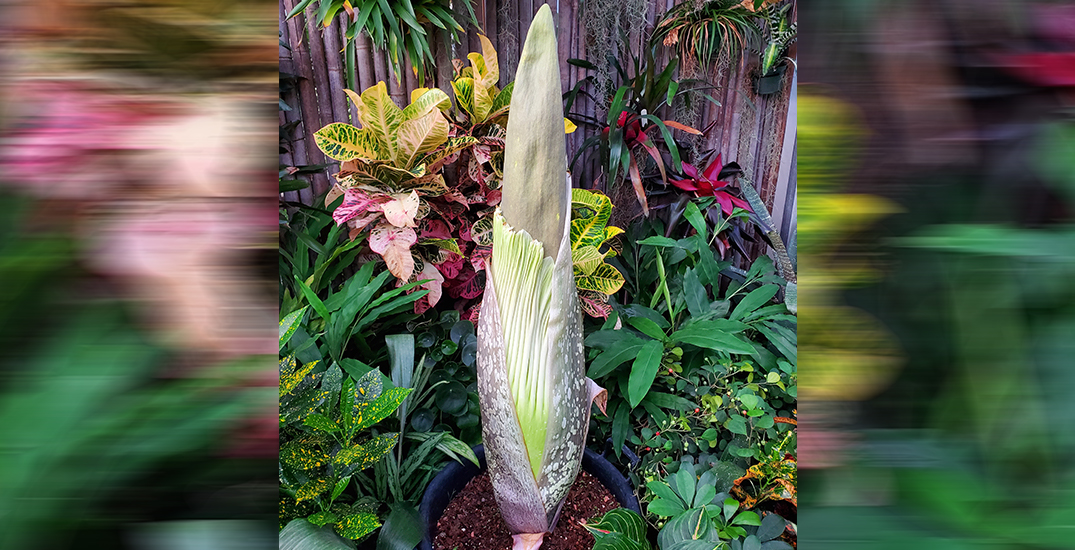 The Toronto Zoo is about to get smelly as the “corpse plant” is projected to bloom sometime this week.

The zoo is home to a rare, exotic plant – the Amorphophallus titanum – which will soon be in bloom for eight to 36 hours. It was given the name “corpse plant” because of the protruding odour of rotting flesh it gives off.

The species will bloom for the second time ever in the Greater Toronto Area. In September of 2018, this plant’s predecessor “Pablo ‘Pe-ew’ caso,” bloomed at the zoo.

The plant is grown from a seed and can take six to ten years to produce its first flower. Based on the current plant’s growth – in comparison to Pablo – the zoo said that it expects the bloom to happen this week. But, this species of plant is known to be unpredictable.

As it blooms, the flower will spread its flesh-coloured petals and emit “rancid fumes” in order to attract pollinator insects that feed on dead animals.

As of Monday, the plant officially outgrew its predecessor, which according to the Toronto Zoo means that the bloom will probably occur after Wednesday.

Corpse plant growth update (Aug 3)🌱This plant is officially taller than Pablo! There was quite a bit of growth over the weekend which means the bloom time will probably be later than Wednesday. We will keep trying to narrow down a bloom day based on growth 👀#CorpseWatch2020 pic.twitter.com/SeZBf9Sg7n

The Toronto Zoo greenhouse is currently closed to the public but they will be posting growth updates online and will inform if greenhouse hours change.