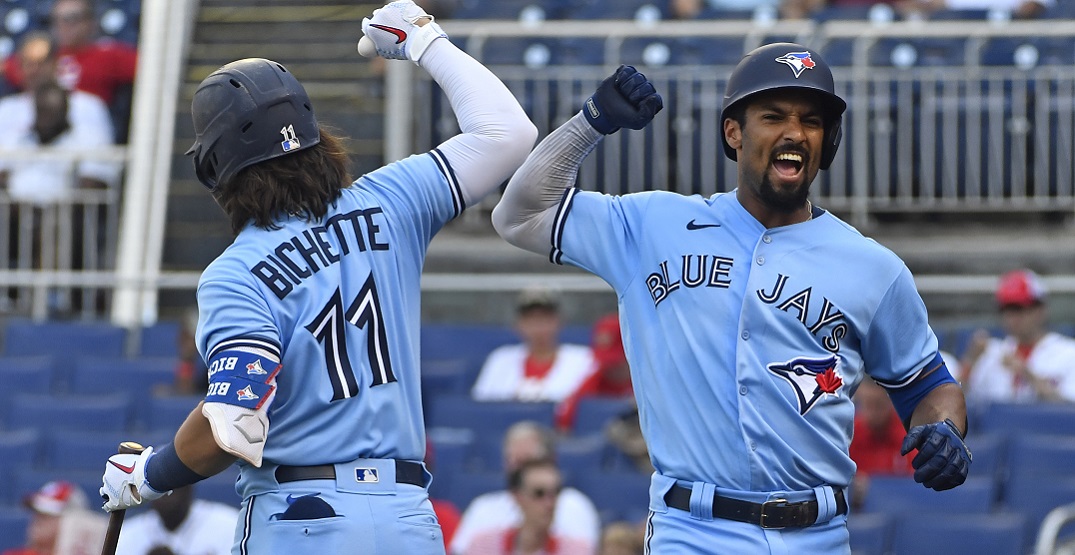 The Toronto Blue Jays just might be in line to head back to the MLB playoffs.

The Blue Jays are playing some lovely baseball right now, having put up a monstrous 44 runs in their last 23 innings. This includes a doubleheader sweep of the Baltimore Orioles as well as a 22-7 blowout that was one of the largest wins in franchise history.

But more importantly, the Blue Jays are currently holding down second place in the AL East (and the first wildcard spot), a feat that seemed impossible a few short weeks ago. It’s been quite the rise from a season low of 4.8% on August 28th.

Per Fangraphs.com, the Blue Jays’ odds to make the playoffs now stand at 66.3%.

Around the AL East, The Tampa Bay Rays are at a near lock to make the playoffs, as they’re already at the 89-win mark with 19 games remaining. Though they’re just below them in the standings, Fangraphs actually gives the Red Sox slightly better odds than Toronto, at 76.0%.

Meanwhile, the New York Yankees have dropped below 50% for the first time nearly all season, as they’re listed at 49.6%. Once in the chase with the Jays for a wild card spot, the Oakland Athletics have just about crossed the point of no return, with just a 5.7% shot at the postseason.

A season-long graph of the AL East shows just how absurd the Jays’ rise has been. 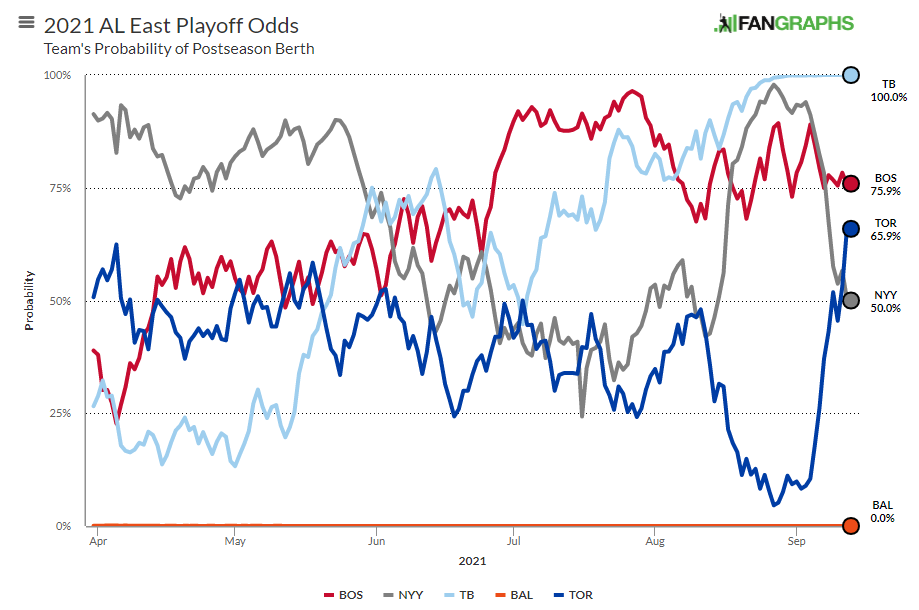 Toronto kicks off a six-game homestand tonight against Tampa Bay and Minnesota.