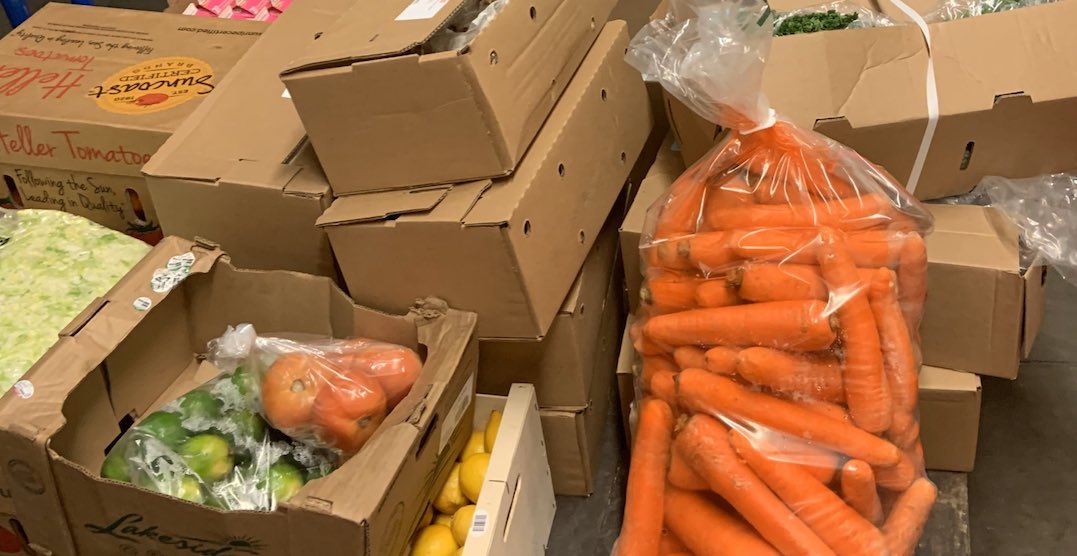 In the midst of a time that is unprecedented in its difficulty, MLSE has lifted some weight off the shoulders of those experiencing food insecurity.

While all events at Scotiabank Arena have been postponed, and RS (Real Sports) and e11even are temporarily closed, MLSE’s Food & Beverage team donated 27,000 lbs of food to Second Harvest.

Of that total, 18,000 lbs of fresh vegetables, 1,800 lbs of bread and staples, and 5,700 lbs of ready-prepared food has been included in donations that benefit those that need it the most.

Hefty as those numbers are, what’s perhaps most impressive is that the system of donating to those in need isn’t new to the team at MLSE.

“Historically, much of that food was collected through our concessions program and donations were in the [realm of] 15,000 to 20,000 lbs per year, up until last year. Last year we worked with a group out of Montreal and Hellmann’s to create a much bigger program,” he said.

MLSE has a long-standing partnership with Second Harvest in Toronto, to whom we have gladly donated this food. (3/4) pic.twitter.com/J7CayBhdjA

Zielinski explained that Les Tables des Chefs, with the leadership of Jean Francois Archambault, have run a similar program at Bell Centre for many years, and the goal for MLSE and Scotiabank Arena was to replicate that success.

“The process involved getting Second Harvest and Toronto Public Health to re-examine what we collect and look for opportunities in every part of our building. The result of that collaboration was a massive uptick in what our program was able to collect and the outcome of 50,000 lbs. plus being collected last season,” he said.

The efforts have expanded to BMO Field, internal large-scale catering functions, and at Coca-Cola Coliseum, RS, and e11even, which has triggered arenas across Canada to reconsider their programs as well.

The launch of #realfoodrescue, which began in 2019 and can be seen here, kicked off the whole trend.

They say it takes a village, and as such, the team here isn’t taking on these donation efforts solo.

“Pinnacle Catering has been our third party partner at Scotiabank Arena and BMO Field since day one of each business respectively. They operate the Premium Suites in both buildings, which is a very large business in of itself,” Zielinski said.

He said that one opportunity stemming from this operation is that those Suites tend to be a place where sometimes, guests eyes are bigger than their stomachs.

The Pinnacle team — very enthusiastically, Zielinski says — helped develop a program for those spaces, which has meant lots of fresh, high-quality prepared meals for people in need.

We would also like to thank our friends at Pinnacle Catering for their dedication in helping us keep this food from going to waste. (4/4) pic.twitter.com/bTMzy4FWYy

“Food for some may be a luxury, but for many, it is a hard to find necessity,” Zielinski said. “In these unprecedented times, we are relearning how vulnerable we can all be. We have an obligation as a society to make sure we are not contributing to the problem of food insecurity.

“We all need to make sure we are contributing to the greater good of our city.”