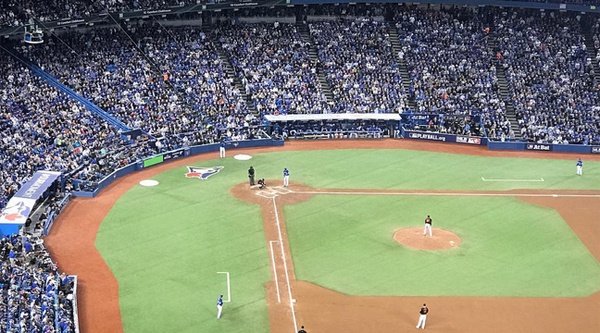 Beer-drinking baseball fans at the Rogers Centre might soon find themselves sipping out of plastic cups.

Following the beer-throwing incident during the seventh inning of Tuesday night’s AL wild-card game, AP reports that “Major League Baseball has spoken with the Toronto Blue Jays about banning cans from the seats at Rogers Centre and wants officials in Canada to prosecute the fan who threw a beer at Baltimore outfielder.”

Bottles and debris were tossed from the upper deck during an ALDS game against the Texas Rangers last year resulting in a ban on beer cans for 500-level seatholders.

Toronto police are still investigating suspects, meanwhile, Blue Jays spokesman Sebastian Gatica has said that the beer can ban is being tossed around though final decisions are pending.