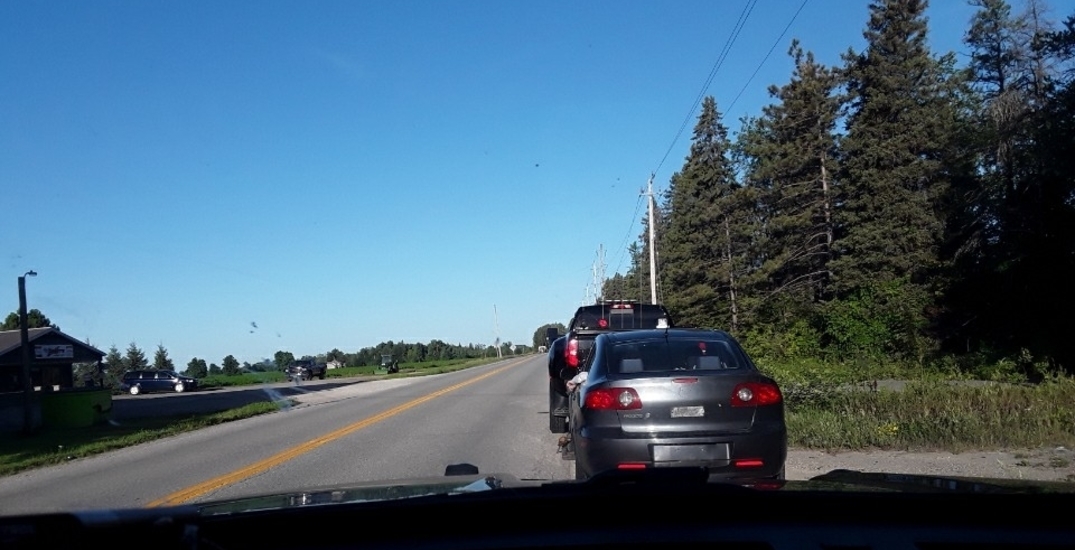 A 15-year-old teen was stopped on Highway 10 by OPP for allegedly speeding at 133 km/hr on Wednesday afternoon.

On August 12, the OPP Central Region said that a Mississauga teen was pulled over for excessive driving on Highway 10, about 50 kilometres over the speed limit.

The teenage driver did not have a license on them, as the legal driving age in Ontario is 16.

The Mississauga teen did not have insurance or plates on the vehicle either.

Bad combination…No licence, no insurance and no plates. A 15 year old from Mississauga was stopped this morning on Highway 10 @DufferinRoads travelling 133km/hr. #DufferinOPP #noexcuses ^sg pic.twitter.com/usqpvc6fyf

The OPP called the “no licence, no insurance, and no plates” a “bad combination.”

Earlier on Wednesday morning, the OPP reported a highway collision involving a dislodged wheel and vehicle on Highway 401, resulting in the death of the driver.