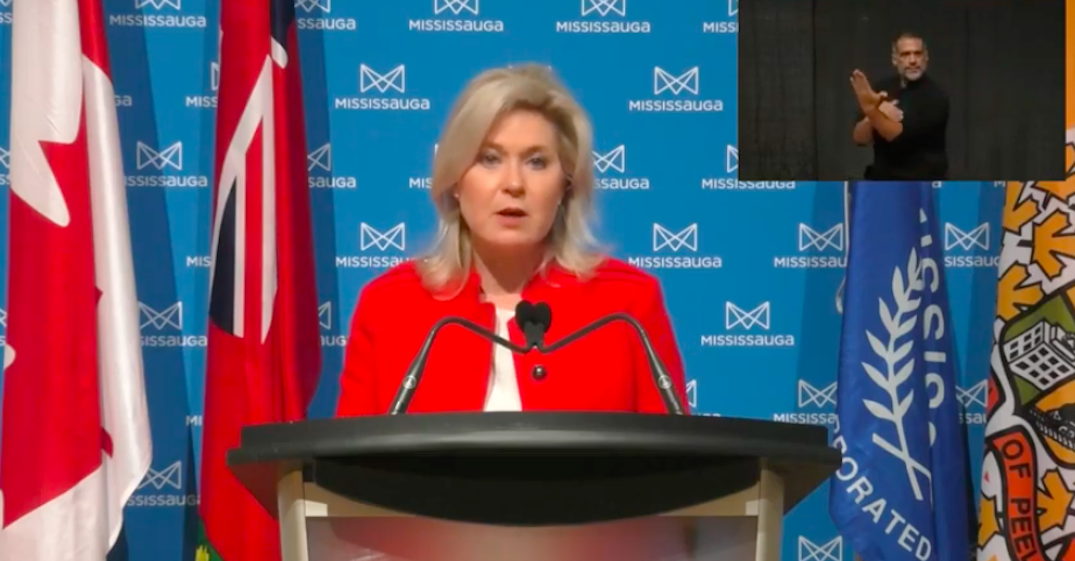 Mississauga’s mayor made another push to have the city enter the Red Zone to help reopen the economy as Peel Region remains under the Grey Zone.

On Wednesday, Bonnie Crombie said she asked the province again to move the city into the Red Zone, even if the rest of the region stays under the current lockdown orders.

Her reasoning for the request is Mississauga’s cases are trending in the right direction, which prompted her to ask Peel’s Medical Officer of Health, Dr. Lawrence Loh and top Ontario officials to allow more of the city’s economy to reopen.

Crombie first made the promise on February 25, before Peel region entered the Grey Zone on March 8.

“You have a commitment from me that I will push for Mississauga [to move] into the Red Zone on March 9 unless we see a sudden increase in our numbers,” she said at the time.

Crombie cited disappointment from businesses not being able to reopen as a reason to move the region into the Red Zone.

While the mayor is aware that Mississauga, Brampton, and Caledon are under Peel region’s domain the majority of COVID-19 cases are coming from Brampton.

Around 60% of the cases are from Brampton, with 30% from Mississauga.

Peel has been a hotspot for cases since the start of the pandemic with a total of 64,372 being reported.

The Grey Zone allows retail to reopen at 25% capacity, but personal care services, venues, cinemas, and recreational activities are still not permitted.

Residents are still encouraged to only stick with their household and to not have indoor gatherings.