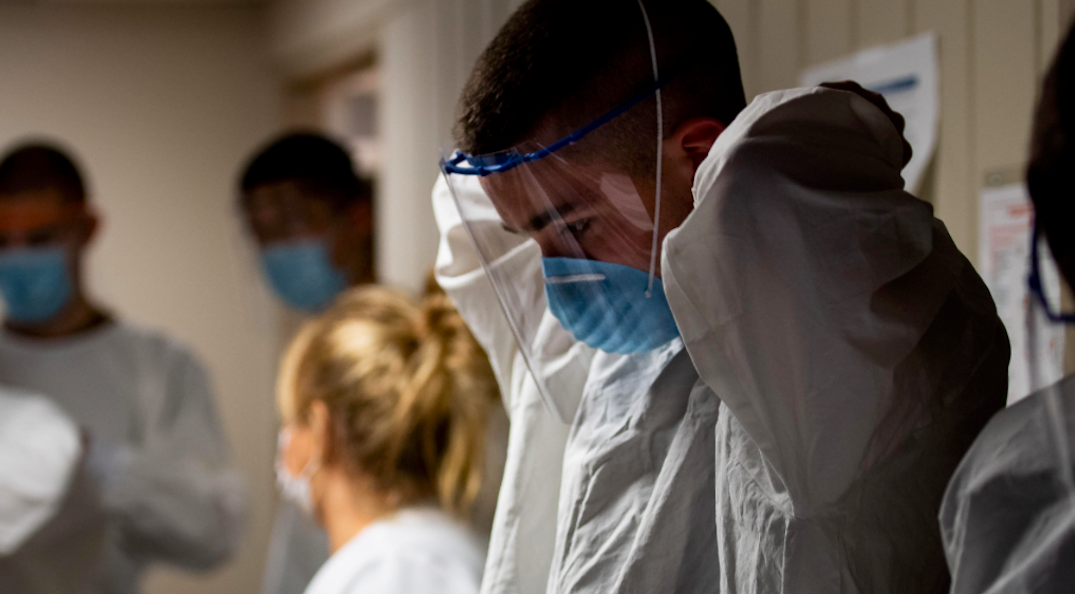 This week, the Canadian Armed Forces (CAF) are leaving five of the seven GTA long-term care homes they have been assisting during the COVID-19 pandemic.

According to the CAF, members will undergo 14-day isolation periods after deployment on operations.

“Despite very challenging circumstances, CAF personnel and civilian staff have made an important impact and set the conditions for success in these facilities. The overall number of new cases is decreasing, and conditions – including hygiene, staffing, and access to personal protective equipment – are improving for residents and staff,” the statement said.

Ontario drivers are also being told to keep on the lookout for military personnel and vehicles on the roads between the Canadians Forces Base and various units across Ontario from June 22 to June 25.

Drivers and pedestrians are being asked to remain patient as the troops conduct the move back to their homes.

In early April, 500 CAF members were deployed to the seven long-term care facilities that were struggling to contain coronavirus outbreaks.

During this time, military members released a report on the conditions of the facilities, prompting the Province to investigate the conditions.

The provincial government said they would take over five more long-term care homes that Ford is “most concerned” about and will perform “rigorous inspections” of 13 more homes as well as expedite an independent commission to begin in July.