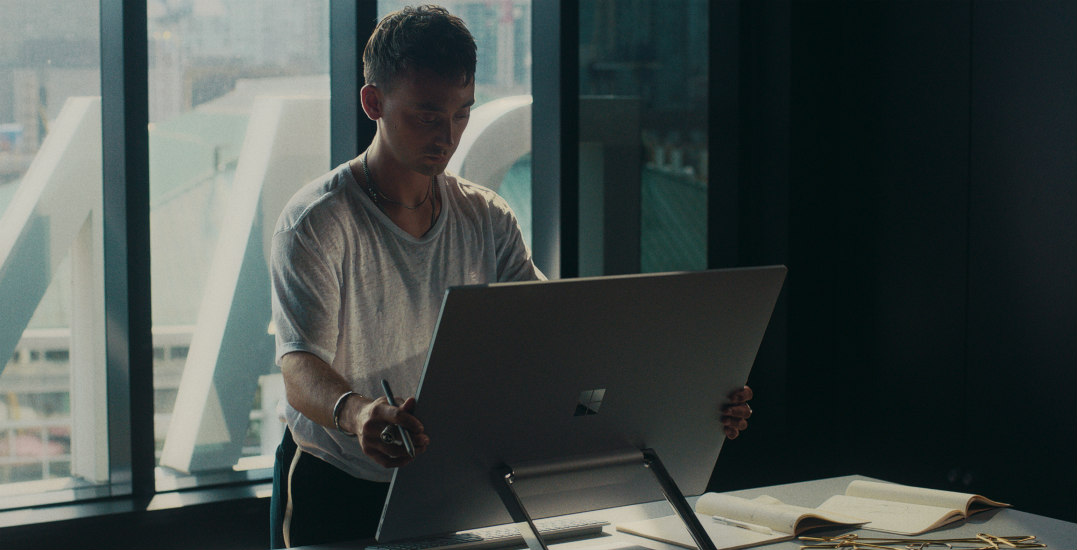 There are those who fantasize about their dream career and those who follow their passion. Joey Gollish, the 26-year-old local designer and creator behind Mr. Saturday, falls into the latter group.

He recently showed at his third Paris Fashion Week, not to mention at a pop-up at New York Fashion Week. His collection is available for sale worldwide in cities such as Milan, Paris, LA, and New York. It’s all go for the designer, and there’s no sign of him slowing down.

How did he get here? Among many other things, Gollish credits his time as a student in the mentorship program at HXOUSE, a creative incubator and accelerator, with empowering his career. 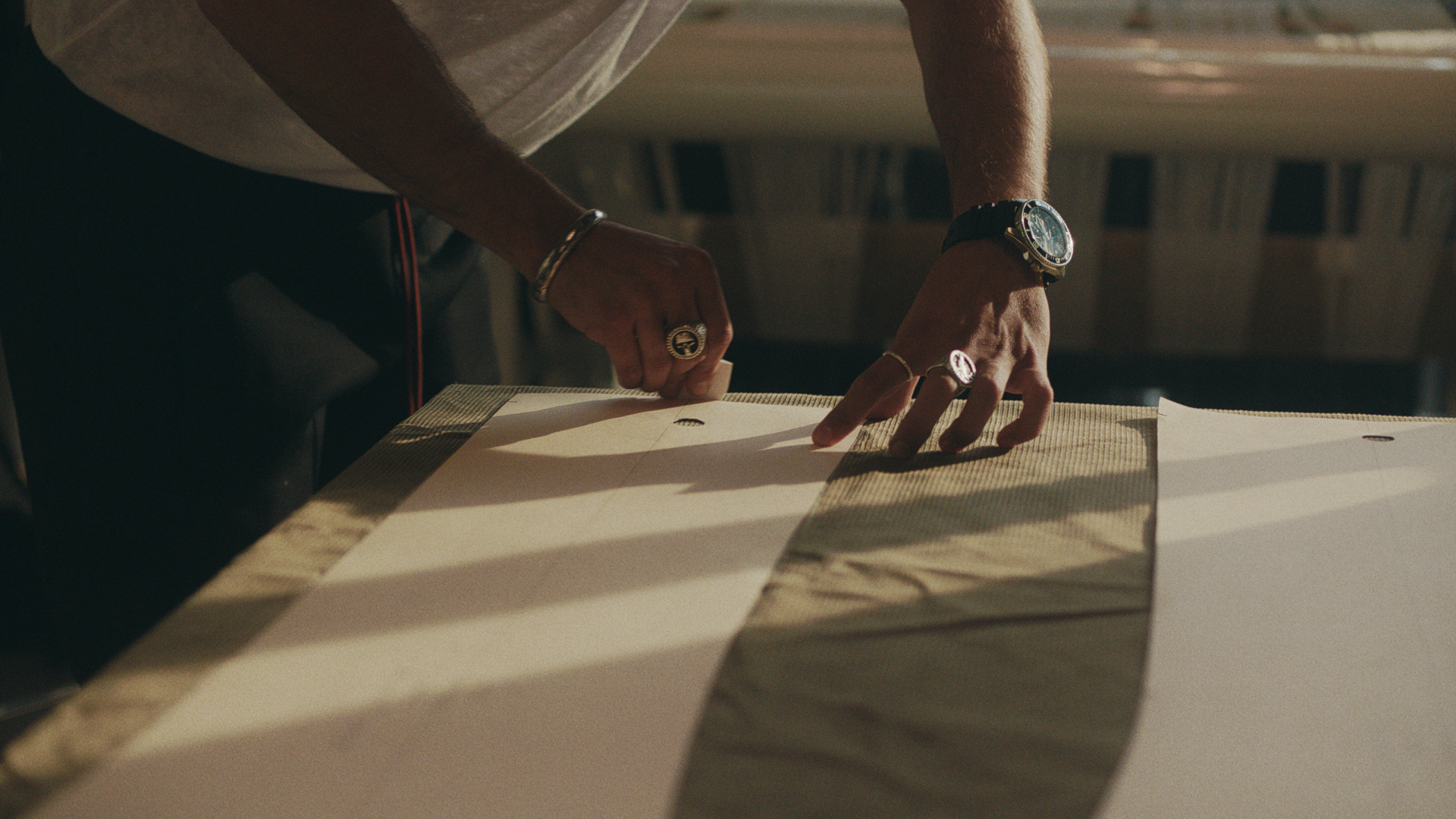 Gollish’s career had taken him from tech to high fashion, but he’d never received formal training for his business. At HXOUSE, Gollish learned how to grow his brand, receiving direct mentorship from notable figures in the fashion industry, including Matthew Williams of Kanye West’s creative team.

He tells Daily Hive that he and fellow HXOUSE students spent three days with Williams and the Alyx Studio team, as well as the teams from OK-RM, Vibram, Ecco Leather, and AMF. This was a pivotal moment for the young designer. “Honestly, just getting to spend that weekend around him [Matthew Williams] was incredibly eye-opening, and an experience that hasn’t existed anywhere else,” he said.

Gollish likens the process of learning at HXOUSE to a creative MBA. Before he joined the mentorship program, he didn’t employ much technology in his design work, focusing on drawings and more hands-on work. But this all changed when he had access to Microsoft technology.

The designer hadn’t used a Windows PC for over a decade, and upon using the Surface Pro and Surface Studio during group projects, Gollish realized that he could express his ideas a lot more clearly and be more efficient in his work. Microsoft technology is used at HXOUSE, so all students can learn in a universal language and on a level playing field, which helps to create a more inclusive, collaborative environment. 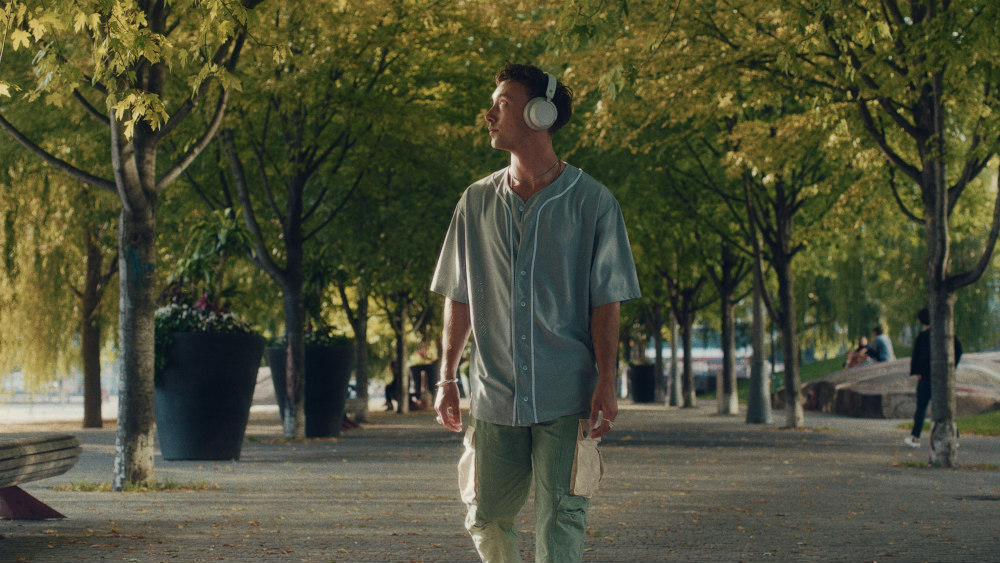 When it comes to his creative process, Gollish explains that he focuses on documenting the history of nightlife and how it has impacted our culture as a whole. He’s inspired by looking at nightclubs and party culture dating back to the 18th and 19th centuries and brings this to life in his work.

“I take pieces of things that are really ephemera, whether that’s a ticket, a poster for an event, or photos from an event; I feel they capture such important moments in history,” says Gollish. “All of our collections so far have been about specific nightclubs and the periods in time that they affected.”

Today, Mr. Saturday is Gollish’s full-time job, and as a one-man operation, he wears many hats in his business — as a designer, creative director, retail and channel sales manager, and website manager. “The Surface Studio allowed me to collaborate with the team on designs and decks. Working with a large touchscreen that works intuitively has been great for our creative process and workflow,” says Gollish.

Gollish appreciates the touchscreen and portability of the device, as it allows him to design using the Surface Pen as an alternative to the traditional paper and pen, sending patterns directly to the brand’s pattern maker and production factory.

Having graduated from the HXOUSE mentorship program, Gollish says he and his fellow students could see the calibre of their work jump up because of the powerful technology they were using.

“Coming into it, I didn’t have too much of an expectation — I thought it was cool that we were going to be able to use this technology. Afterwards, I was honestly really surprised at how intuitive, easy-to-use, and how fluid the workflow was on the devices,” he adds.

The designer is putting these learnings to good use for his upcoming immersive lounge and showroom, created with HXOUSE titled “Index 2020.” The lounge is going to be a haven where media, buyers, influencers, models, and fellow designers can come together to hang out, have a drink, and experience the Mr. Saturday label together.

Joey Gollish is one of many Canadian creatives making amazing things happen at HXOUSE. You can learn more at Microsoft Canada now.