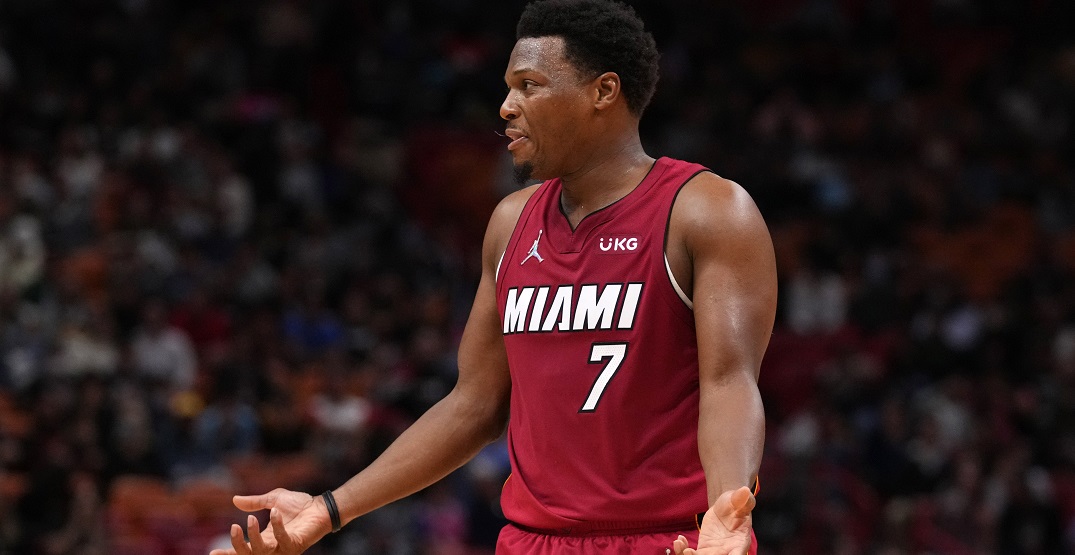 Kyle Lowry might now be a member of the Miami Heat, but it appears there was a bit of dirty work to get him there.

The NBA announced today that they’d discipline Miami for the sign-and-trade that brought the former Raptors guard Lowry to the Heat this summer.

“The Chicago Bulls and Miami Heat each violated league rules governing the timing of this season’s free agency discussions,” the NBA announced in a release on Wednesday. While the Heat was penalized for their pursuit of Lowry, the Bulls were penalized for their contact with new Chicago player Lonzo Ball.

Lowry’s departure might have been a simple gut-punch for Raptors fans, but it was actually fairly complex behind the scenes, with the Raptors receiving Goran Dragic and Precious Achiuwa in return.

Free agency opened on August 2 at 6 pm ET, and Lowry announced his move to the Heat just under an hour later.

Essentially, the NBA concluded via a series of interviews and investigations that the Lowry transaction came together far too quickly to have been done just 40 minutes from when the Heat was officially allowed to contact him.

ESPN’s Adrian reported the Heat will lose the lesser of a 2022 Philadelphia/Denver second-round pick, as long as they make the playoffs this year. The Bulls, meanwhile, will lose their own 2022 selection.

“We are moving on with our season,” the Heat said in a release. “While we disagree, we accept the league’s decision.”

The Bulls’ release stated: “We are glad this process has concluded and look forward to the rest of our season.”