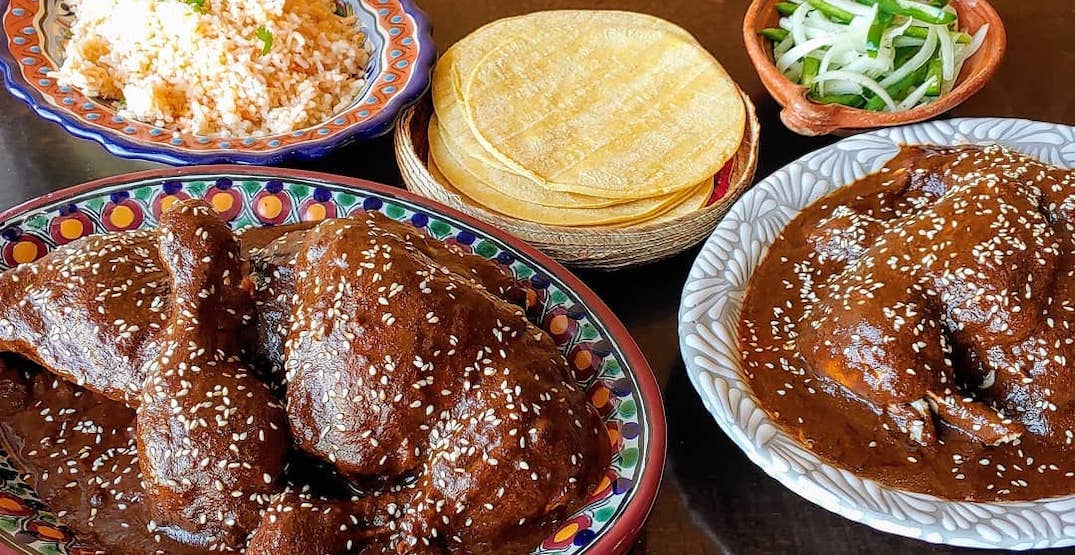 It’s Cinco de Mayo and there are many Mexican restaurants in Toronto to order from as a way to commemorate the day.

Although it is widely celebrated with Mexican food and drinks, it is important to note that there is a historical significance behind the day.

Cinco de Mayo is not Mexican Independence Day, but rather it commemorates the Battle of Puebla in 1861. At the time, Mexico had economic issues and owed money to European governments. Although they were able to negotiate with Britain and Spain, France was another story.

Naval forces led by Napoleon III stormed Veracruz, Mexico, and were met with heavy resistance from Mexican forces led by Ignacio Zaragoza. Mexico won against the European country, representing a symbolic victory for the government and resistance movement.

It’s the perfect time to embrace Mexico’s culture and learn more about its history, especially its flavours.

And the best way to do that is by trying out restaurants that serve authentic Mexican food.

Here’s where you can order from to celebrate Cinco de Mayo in Toronto:

At Latin World, you can get flavourful inexpensive and authentic tacos for $1. There are two locations, a storefront on Bloor Street and another on St Clair Avenue West. Besides taco deals, Latin World serves authentic Mexican dishes like pozole, enchiladas suizas, and flautas.

Thanks to social media platforms like TikTok, Comal y Canela gained popularity for their Birria Tacos and they’re a definite must-try. Orders come with five tacos made with corn tortillas that are filled with pulled halal beef birria and cheese. They are then fried on the grill until crispy and served with a side of consommé, the soup stock you dip the taco in for an extra hit of flavour. They now have vegetarian options on the menu.

Address: 1692B Jane Street
Hours: Open Monday, Tuesday, and Thursday to Sunday from 10 am to 7 pm. Closed on Wednesday.

Rebozos’ tacos are some of the best in the city and whether it be al pastor or chorizo, you’ll be asking for more. Orders come in three, so if that’s not enough to fill you up, they also have burritos, tortas, quesadillas, and enchiladas verdes. For the week of Cinco de Mayo, they’ve added Birrira flautas, shrimp tacos, and tacos de lengua. Rebozos is available via Uber Eats and Ritual.

Another great spot for mouth-watering eats. Tacos, burritos, guacamole, chilacas, and quesadillas are on the menu and definitely worth trying. Gus Tacos is available via Uber Eats, Ritual, SkipTheDishes and DoorDash (depending on location).

This Mexican restaurant serves a more elevated experience, turning traditional eats like tacos and burritos into more gourmet-like choices. The chicken mole gourmet taco, rotisserie chicken taco, and LA-style birria and ramen noodles, are just a few items on the menu that you can order. You can also order a taco tray with 10, 15 or 20 tacos to devour.