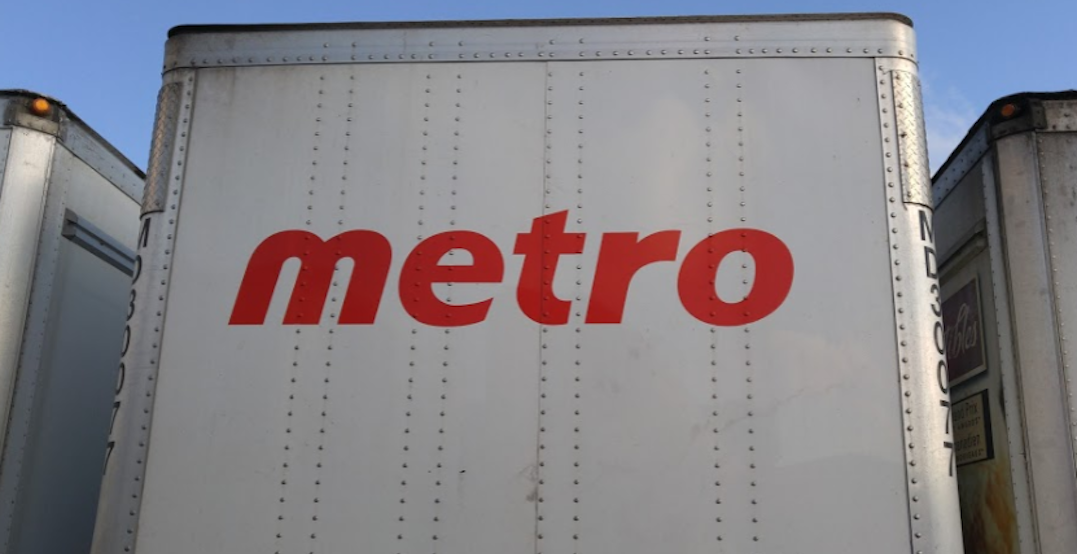 Metro has disclosed that a tenth employee of the grocer’s West Mall Distribution Centre has been diagnosed with COVID-19.

The first case at the location was identified on May 2, and more were confirmed throughout the last month.

In the most recent instance, Metro was reportedly notified on June 1, and the staff member last worked at the centre, located at 170 The West Mall in Etobicoke, on May 2.

Wednesday morning also showed a new confirmed case of the illness at the Food Basics located at 301 Queen Street South in Bolton, just outside the GTA, in the community of Caledon.

Prior to these new updates, Metro has disclosed cases at: Parkway Mall, Vickers Road distribution centre; The West Mall distribution Centre; the West Queen West Metro; the Metro located at Bloor and Spadina; in Mississauga at 1240 Eglinton Avenue West; and in Oakville, at 1011 Upper Middle Road East.